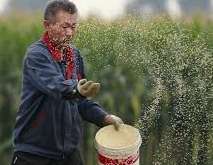 At the start of Coronarama, An Post, the semi-state mail carrier, delivered post-free post-cards to every domestic address in the country. What's not to love about a freebie? As we have a good relationship with our postie, I scabbed a few more from him as he took my completed cards away to distant friends-and-relations. I heard that you could pick up extras in the Post Office and I sent about 30 in the end. It was like scattering seed corn in a gale; it's silly to expect any return. But I did get one postcard back! And maybe ~10 responses through other media. All those responses were ++ positive: what's not to like about getting a letter, with hand-written address, in among the bills and circulars? Then again <confirmation bias> who was going to reply objecting to my PC intrusion on their door mat? One positive outcome was an expression of delight from an old friend who stopped speaking to me 10 years ago.

In January An Post went to the well again, distributing another batch of free postcards to homes round the country. They must have printed a lot, because I was able to scrounge up a couple of dozen and commit them to Bank of Social Capital. Some of them went to the usual suspects [Dau.I, Dau.II, Rissoles, Russ etc.] but others required a bit of research effort to determine an address and Eircode. I kited one fluffy upbeat msg to another old friend who told me never to darken his door again in 2016; but it didn't elicit a response. Actually that's not true: I am sure it had some effect in melting the cold dead heart of his resentment - nobody likes to be told that they are wrong, especially if it's true. But I didn't get a sunny green postcard back! We so rarely acknowledge the work of those who render us good service or a smile. The Oil-man, the receptionist at the dentist, the vaccinators, the Aldo shelf-stackers. Going out on the street and clapping into the ether at the government's behest, is not at all the same as making eye-contact with someone in a dehumanising uniform and saying thanks. Actually sod the thanks; as Dau.II has discovered the eye-contact, the acknowledgment of existence is fine because exceptional.

In the 90s I put a lot of effort into the quarterly newsletter of the EuroQuango in which I represented Ireland. I was the most active member of the editorial board and wrote a lot of the copy as well as put it all in shape for publication. My book reviews there, thoughtful, occasionally funny comments on the current state of science, were a fore-runner of The Blob. In the 00s, I had a similar relationship with the quarterly newsletter for HEN the Home Education Network. Even when I wasn't editting the newsletter, for that decade I undertook to submit something for every number; having discovered how hard it is to secure contributions to such things. I've recycled some of those timeless jewels articles on The Blob. It was like the post-cards, everyone liked getting the newsletter in the post but never enough to acknowledge receipt, let alone give encouraging feedback. I know that's true because IF the newsletter went out <3 weeks before our annual gathering THEN people would chat to me in the lunch queue about something they'd read ELSE the newsletter just slipped off the radar and over the horizon of give-a-damn. My epiphany [2007?] was twigging that I loved writing and kiting those articles and reviews and the process itself was sufficient reward.

Those book reviews, those HENny ruminations, those past Blobs are mere ephemera: worth notice but often time limited. They are rarely as good with hindsight as they seemed at the time. I have, many times, scratched my thinning silver pate, reading old copy from The Blob: what does this even mean? what was I on?

What brought that all one? Well, I was chatting to The Boy last Thursday [must make a habit of that] about clearing papers, having decided that nobody is going to write my biography, so stacks of birthday cards, dentist Bills, Aldi receipts for angle grinders, letters from dead people are just clutter for my heirs. In his day, The Boy was a champion letter writer, his friends keep them because they were a shot in the arm at the time. But to the nearest whole number in an average year, 0 zero nul no letters came back. Doing triage on my mother's papers after she went to her final nursing home took 3 or 4 solid weekends of work. Snap decisions had to be made about whether this letter from someone we'd never 'eard of was worth reading/keeping. It's a courtesy to those who come after to leave things orderly.