Most of the media are picking up on a Garda estimate that 130,000 people turned up in the Phoenix Park yesterday afternoon; which must be disappointing because the organisers shifted 500,000 free tickets. This photo looks a bit right, maybe, with the available space about a quarter full: 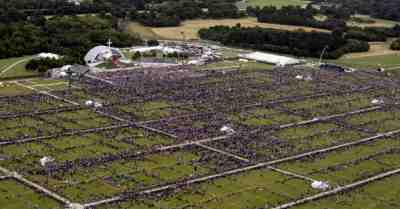 The Vatican claimed 300,000 and others cried no fair about the picture above being taken while the crowd was still assembling. Others claimed 200,000. Now it's all over, the whole event will quickly dip beneath the media horizon and nobody will bother to find the real numbers. Meanwhile at the top of O'Connell Street, the opposition is claiming 8,000 at their event. Including Radau.I 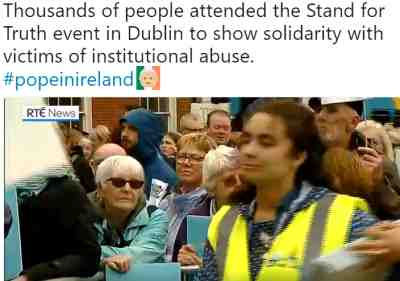 Now, back to science, especially Women in Science [see one above].
Posted by BobTheScientist at 07:25