It was forty years ago today 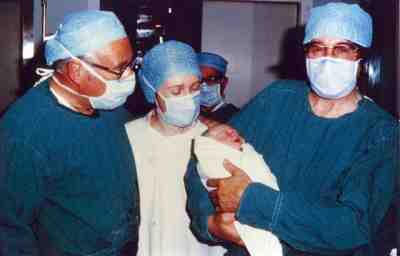 . . . that Louise Joy Brown saw the light of day : the first child conceived in a Petri dish under the watchful eyes of Bob Edwards, Patrick Steptoe and especially Jean Purdy [all seen above with neonatal Louise] who noted the first cell division of the zygote that would go on to become Louise. Edwards the physiologist developed the gloop in which the sperm and egg came together; Steptoe the Ob&Gyn surgeon did the egg capture and zygote insertion; Purdy the embryologist put in the hours to make sure it all worked. When Bob Edwards started to garner the prizes for being the pioneer in a multi-million dollar industry [Lasker 2001; Nobel 2010; Sir Bob 2011] his co-workers were dead: Steptoe in the fullness of his years (1913-1988) and Purdy tragically young (1945-1985). Edwards nevertheless acknowledged their contribution to Project Louise when he bagged the Nobel.

I call it Project Louise but I might call it Project Lottery, because at least 100 infertile couples had submitted to the intervention offered by Edwards & Steptoe before they got the conditions right for a mother to carry her re-implanted embryo to term. Since Louise, 6 million <!>  IVF babies have been born, bringing joy to the world, or at least their parents. The odds of a successful procedure are still woeful, but infertility clinics are still taking money from desperate would-be parents. It took, for example, another 6 months of clinical tries before IVF.2 Alastair MacDonald was born on 14th Jan 1979. When it was a new idea forty years ago, the economic arguments were overshadowed by doomy-doom statements about how such unnatural practices would result in the delivery of imps with hooves. Science has totted up the data and found that babies started in vitro are no less healthy than babies started on a  car-seat or in a honeymoon suite. Dr Edwards spent a lot of his valuable time fighting libel actions for ill-informed slurs on his scientific and ethical integrity.

Historians of science have been picking through the archives to establish who did what among the Edwards, Steptoe, Purdy troika. A paper has been written on Jean Purdy's contribution. It is one of the six parts to The Oldham Notebooks: a series of investigations in all aspects of the work before they founded the Bourn Clinic outside Cambridge, UK. That reveals that Jean Purdy has recently been afforded a new gravestone to replace the old one: 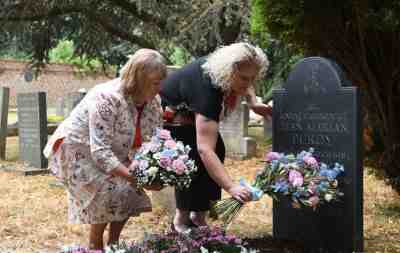