For the moment I am coat-tailing a free-to-me 2for1 subscription to the New York Times.  The NYT can get a bit shouty and exasperated with their President but dooeshave good coverage on other matter. With my end of life issues hat on, I was interested in an analysis of the outcomes among 35,000 older people after they were intubated. The answer is, in general, Not Good. Intubation is when the medics thrust a tube down your trachea and attach the other end to a ventilator. It is uncomfortable and/or painful and if you're no all there in your head, you'll be tempted to pull out the obstruction, so you're tranquillised. Even if untranqued, you can't talk with a tube down your windpipe, so you will have missed the time to say goodbye.

The keynote study was published in the Journal of the American Geriatrics Society by a team led by the delightfully named Dr Kei Ouchi. Here's the survivorship data:
It is clear that, for surviving the intrusion, younger is better. The difference between 85 and 95 is that at 85 you can cut your own grass while at 95 you can't wipe your own ass. But only 24% of those intubated are discharged home. Those not going home or dead are discharged to a less acute health-care facility. Dr Ouchi is an emergency room physician who found he was better at intubating than talking to the intubatee about whether s/he wanted the intervention. And all too often he'd see patients he had intubated occupying a bed elsewhere in the hospital in a worse state than before he'd treated them. Hence the data-gathering exercise, to see whether, and for whom, intubation was likely to work. 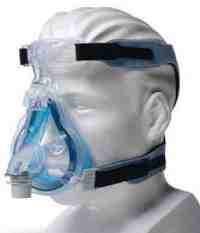 There is a move towards the less invasive bipap bi-level positive airway pressure ventilation system. This delivers the air by a tight-fitting face-mask which if probably uncomfortable enough but doesn't require sedation to tolerate. You can also remove it to kiss your wife, have a slug of water or utter a wry comment to keep up the bedside morale . . . you want something waggish for your last words if you don't make it. The other advantage of bipap is that it wins a bit of time to discuss the prognosis and get closer to informed consent with the rellies. Intubation is not something that you can easily stop and start.  Informed consent requires that the physician and patient's "surrogate decision makers" = rellies are on the same page for communications. Too often, it's like they are talking in separate rooms [JAMAnetwork data and analysis]. The NYT article wraps up with the advice that it's better to have the conversation about advanced health care directives now rather when you wash-up in A&E in a crisis. I concur: DNR, please if any of my surrogates are reading. There will be more for you to inherit if you don't waste it on futile and painful attempts to delay the inevitable
Posted by BobTheScientist at 07:40