There are some narratives in science which everyone knows to be true. That Rosalind Franklin was robbed by Wilkins, Crick and Watson, not only of credit for discovering the structure of DNA, but also of a share in the subsequent 1962 Nobel Prize. That the supervisors of Jocelyn Bell Burnell elbowed her aside to get their No-Bell Prize in 1974. Neither of these stories really stand up to scrutiny. JBB  never let her No-Bell rankle (her exclusion was a consequence of the unconsidered norms of the time) or hold her back from carving her own career in science. Her contributions to the existence of Open University have arguably had more impact than her discovery of pulsars. Franklin was a really good pair of hands, completely focused on the task of making and photographing perfect microscopic crystals. She wasn't allowed enough time to put her findings into context, partly because her standards were too high and she was still perfecting the technique. But partly because the vaunting ambition and striding egos of Crick and Watson steam-rollered right over her, snagging a good-enough picture of the DNA structure with them. 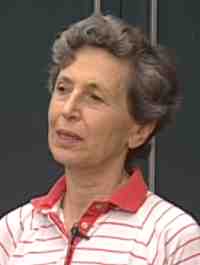 Not all missing the Nobel Prize boat stories are as well known. There's a war-story  of early molecular biology How Hard It Is Seeing What Is in Front of Your Eyes in the 28 June 2018 volume of Cell. It concerns Lisa Steiner [R 50 years later] a student in Yale Medical School in the 1950s who discovered that the enzyme she was working on, RNase-A, could be denatured by an artificially hostile chemical environment and would spontaneously refold itself into a working enzyme if the conditions were re-normalised. That was interesting but just another experimental detail on the way towards her MD thesis. Her boss didn't think it was worth writing up as a separate paper; but in those days there was less pressure to churn out the LPUs [least publishable unit]. A couple of years later in 1961 Christian Anfinsen carried out a similar experiment on the same enzyme and decided that the spontaneous folding of protein into its native, functional state must be the norm for all proteins. If that was true, then it explained how any 1-dimensional sequence of amino acids, translated from a specific 1-D sequence of nucleic acids [DNA via RNA], became a 3-dimensional, living, working, protein. The structure and function were an intrinsic property of the sequence itself and didn't need any external shaping. There is/was, I find this week in Wikipedia, a concept called Anfinsen's Dogma, although it was never referred to as such when I was an undergraduate in Genetics in the 1970s - its synonym the thermodynamic hypothesis being preferred in the Old World. It takes a certain chutzpah confidence to allow your name to be attached to your scientific finding and launch it as a universal religious truth. And present it with such assurance (and with sufficient existential context) that people believe you have revealed the holy grail. The Nobel Prize [1972] falls into your lap in due course.

When the author of the Cell essay about cloaks of invisibility finally gets to talk to Steiner about her missed opportunity, she remembers being delighted that her findings had been replicated. As for how she felt about being scooped, her response is typically sanguine: ‘‘That was only right, David. He understood the significance. We did not.’’  Part of the reason she and her supervisor didn't understand the significance is because A Lot happened in the intervening couple of years. The field of molecular biology was on fire at the time. Francis "Modesty" Crick had floated his own Central Dogma [prev] in 1958. As well as Anfinsen's RNase paper, 1961 was also the year that Nirenberg and Matthaei made the first assignment UUU = Phe for the universal genetic code AND Jacob and Monod's paper on the Lac Operon was published. All these new data started to form a wall against which you could bounce new ideas, new ways of seeing [Berger]. 40 years later, by contrast, the human genome didn't seem to change much the same-old same-old certainties and existing hierarchies.

But it was all good: like Jocelyn Bell Burnell going on to have a life after her major early discovery, Lisa Steiner moved sideways: making significant contributions to our understanding of the evolution of the immune system in vertebrates. The adaptive immune system is all about cells: B-cells, and T-cells or -lymphocytes, a class of white blood cells: where they are produced and what they do. B cells were were first identified in the Bursa of chickens. Mammals don't have a bursa, but the equivalent cells develop in the bone-marrow and then migrate to the spleen for further development. Danilova & Steiner (2002) showed that this development occurs in the pancreas of zebrafish Danio rerio. That opened our minds about the multiplicity of functions that are carried out by tissues: it's usually more complicated that you read in textbooks.

Another 2007 retrospective event about Steiner's 40 years in science was captured on film. Going back over her life, it is clear that she could have been a contender in a number of the fields through which she passed: a math professor at Wellesley was one possibility. Her message to her young pre-med advisees in MIT is to paraphrase Thomas Edison "to have a good career, try a lot of careers". What a loss it would have been to immunology, if Steiner had gotten stuck folding and unfolding proteins like a molecular laundress in Yale. I like that recognition that, rather than two roads diverging, there are hundreds of paths weaving back and forth in the yellow wood of life, dozens of which will be fulfilling and lead to success (however that ephemeral quality might be defined).  The film is interesting: you can skip the first 8 minutes which is a rambling technical introduction by Herman Eisen her boss from the 1960s. Almost all the questions come from old men until, 36 minutes in, Steiner responds to a young woman who asks if she has ever experienced discrimination. Her answer is statistical: about how few were the women in each cohort of her early career. I wonder if like for Jocelyn Bell Burnell "At this time it was traditional for male students to cat-call, heckle and stamp their feet when a female student entered a lecture theatre." But it seems that Steiner treated that sort of nonsense as the inevitable invisible background and got on with her work. The opportunity to explore this issue is lost because the next question from one of the old men is about the old amino acid analyzer and the memories are back on track about science rather than bias. Thirty years after she was hired, in the late 1990s, Steiner was approached by two other female MIT faculty, Nancy Hopkins and  Mary-Lou Pardue, about gender bias in their place of work. A little research revealed that there were only 17 female Faculty with tenure compared to 197 tenured men. Until they talked, this manifest asymmetry had been part of the invisible normal background. Their report was leaked to the Boston Globe and the New York Times and attracted a chorus of me too from female academics across the country.

In 2008, her colleagues invited Steiner in for lunch at MIT, to celebrate her 40 years of contributing to their Institute. The report of the event noted that, from being the second female faculty member when she started, now 28% of the teaching staff were women; as were 50% graduate students and 65% of undergraduates. "The department has come a long way since she was first hired" claimed the author. Sure, mate, but that age pyramid says that you've a long way to go. And who was asked for a comment on Steiner's career? Chris, Uttam, Jack, Graham, Boris, Robert: all blokes! Where were the [28% after all] women who, because of Steiner's trail-blazing example and active advocacy and presence as a role-model, were now members of the Faculty Club and might have liked to add their 2c-worth of thanks?

It doesn't look like discrimination has handicapped Lisa Steiner in her life in science, but I think it's because she would not let it grind her down. It is important to stress that her contributions to science and society have been as a person of integrity, decency and modesty - a mensch.

More Women in Science
Posted by BobTheScientist at 07:22