What's the point? We're scheduled on the planet for three-score-and-ten . . . and a good bit more on account of antibiotics and clean water: we have to make the best fist of it that we can. Although the World is technically our Oyster, constraints of birth and early upbringing rein in the realm of the possible. If you're born Catholic you almost invariably are shriven to die Catholic; it's difficult for Patriarchs to be postmen [altho I did briefly achieve this]; not many options for kids born in mining villages in West Virginia or up the Rhondda; navy brats know about Service. And a disconcerting number of doctors have doctoring parents - it all rather shows a want of imagination (and opportunity). David Nott's [prev] father was an Anglo-Burmese doctor, who married a Welsh nurse. An only child of unhappy parents he wanted to please and scraped into Medical School at the second attempt. Remarkably [and hats off] he was able to realise his boyhood ambition of becoming a commercial airline pilot as well.

Random inspirational events steered him into general, especially vascular, Surgery. Like Dr Kay, he climbed the ladder while learning his trade: a lot of varicose veins, haemorrhoids, lipomas, hernias and appendectomies with occasional more exciting "clamps!" aortic aneurisms. In 1993, at the age of 37, he signed up for Médecins Sans Frontières for a stint in Sarajevo during the Balkan War. He discovered a couple of things: he got a rush from dodging bullets; he could keep calm and carry on in shocking poor conditions. Keeping calm is at least as important as knowing where to cut. In war zones, patients / casualties come in lumps - all at once and then none at all. Effective triage is often the key to maximising survival; someone has to decide where the surgeons can leverage their skills to best effect. It's like Goldilocks: some casualties are too bad; some are not critical; some get the next slot on the operating table. Some of the last will come back to theatre when things calm down so that the doctors can tidy up the mess.

For the rest of his career as a consultant surgeon he'd see-saw between his lucrative London work and really terrifying, exhausting, thrilling, effective stints in an alphabet of war-zones: Afgho, Bosnia, Chad, Darfur . . . leavened with natural disasters in Haiti and Nepal. I know all this because I've just finished War Doctor, Nott's autobiography, on Borrowbox. It is read by the author, which is usually more convincing. As a fainter, it is probably not the best book to "read" while driving. The line of those whose lives he has undoubtedly saved will stretch down the street and round the block. But triage decisions have consequences too: one young man used up every unit of transfusable blood in Aleppo and died anyway. Those 20 units eked out for several less exciting operations could have saved different lives: trolleyology [multibloboprev] with consequence. 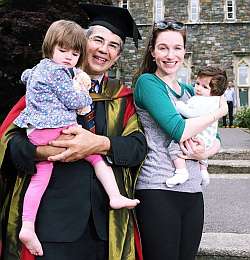 Did I say leverage their skills? I did. At one particularly dodgy third world posting, thinking he might be killed that night, Nott sent a you're cute txt to a younger woman of his passing acquaintance in London. They were married in 2015. Elly Jupp used to work for a think-tank, The Institute of Strategic Studies, so she knows how to get the best bangs for the buck. Apart from two children she has brought The David Nott Foundation into the World.  There are many ways in which you can contribute to the good work. Mr Nott, for all his skills and experience, cannot bilocate like an electron. But he can teach his skills with medics from war-torn, dispossessed countries, so that they can more effectively cope with medical trauma back home. His Surgical Training for Austere Environments (STAE) has upskilled so many doctors that the lines of the saved are starting to fill stadiums. 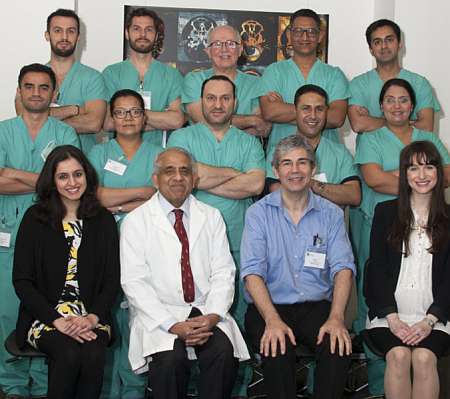