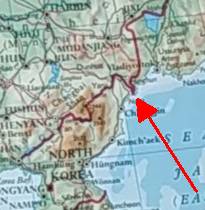 When I was a kid of double digits but no pubes, I was fascinated by maps . . . and by islands. We must have been taught something about Ordnance Survey mapping symbols and conventions because I used to draw intricate maps of Fantastic Islands: thinking long and hard about whether Littleton-by-the-Sea would be better off with a church-with-tower ■+ or church-with-steeple ●+. Didn't matter in the medium term because me and my pal Gibbo would likely bomb the place to buggery with splats from our fountain pens.

As with pretty much everything, edge cases are the most interesting. The exclaves, enclaves and border-jinks give an insight into where were minds of surveyors and politicians when deciding where their patrimony ended. I have reflected on the narrow point of access to the sea which was conceded to Bosnia through Croatia between Split and Dubrovnik. Contrariwise, victory by Chile in the War of the Pacific (1879-1884) deprived Bolivia of the saltpeter flats which it had previously controlled and left the country land-locked. This has proved an economic mill-stone for Bolivia's export of lithium from its inland brine lakes.

In the Philips Modern School Atlas 96th! edition 2009, there is far more information on Northern Ireland than on North Korea and the triple point where China, Russia and N.Korea meet [see map at top of post] is on such a large scale that it looks like China might have squeezed ocean access similar to Bosnia-Herzogovina. It niggled me for a few days until I wheeled out the internet to see what's really going on. The answer is Tumen River which forms about 500km of the border between PRC and North Korea. You may have heard of the longer Yalu River which a) makes up the other 800km of border b) featured in the Korean War in October 1950 when the Chinese army poured across the river to confront the almost victorious UN forces. 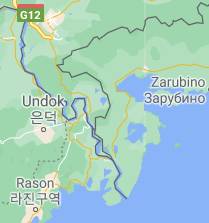 Meanwhile back on the Tumen, a zoom in with Googlemaps shows [L] that the salient of Chinese territory comes to a pointy end among the sandbanks of the river and the last 17km of the river serve as the border between Korea and Russia. The big S bend in the stream just East of Undok indicates how alluvial and meandering the course of the river is as it loops and dawdles to the sea. If you zoom in you can see similar jinks in the border between China and Russia on a smaller scale and downstream. This tells us [check Kentucky Bend] that the river used to follow a different path and has straightened itself out in some more recent flood event. The Chinese have felt obliged to drive a new highway on top of the sandbanks to reach the last exclave of its territory. This has been of interest, not only to me but to BusinessInsider who have had fun looking at the data from the last Google Streetview car in Asia. I'm so glad I sorted that out for myself.
Posted by BobTheScientist at 07:24