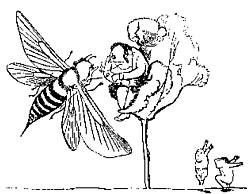 We are getting to be more active Zoom-rellies with the Grandchilder across the water in England. I learned a good bit of my how to deal with children patter from my father, who was born, an only child, in 1917 and doted on by ranks of Victorian aunts.
"How old are you Aunt Norah?"
"As old as my tongue and a bit older than my teeth"
. . . that sort of thing. Last Saturday I was recording some Nasreddin tales, which are even older than those long-dead Victorian aunts. This on the assumption that, if they have been going for 700 years, they must have timeless appeal to kids. Seemingly so, indeed, as Gdau.II and her sister have actually asked for more. Their auntie Dau.I kited a Limerick at them and this, apparently novel, form of entertainment appealed. Limericks were popularised by the quintessentially Victorian versifier Edward Lear [R] but that form, where the last line reprises the first:
There was a Young Person of Smyrna,
Whose Grandmother threatened to burn her;
But she seized on the cat,
And said, 'Granny, burn that!
You incongruous Old Woman of Smyrna!'
I find ineffably boring and, well, Victorian. My preferred Limericks are those which break the formal rigid rules and I have a small fund of them to perplex kids who are familiar with the trad form. I can't be expected to remember all these clever-cloggsie members of the Limerick Canon, so I tried Google with "transgressive Limericks" but that search only acknowledged that the most popular Limericks almost all are like to bring a blush to the face of any remaining maiden aunts . . . Nantucket etc.  A few years ago there was a piece in the Guardian by Michael Rosen and the comments covered most of the rule-breaking Limericks which I was trying to recall.
There was a young man from Japan
Whose limericks just wouldn't scan
When asked why that was
He said it's because
I always try to get as many words into the last line as I possibly can."
or this
There was an old man of St Bees
Who was horribly stung by a wasp.
When they asked: “Does it hurt?”
He replied: “quite a bit
but I'm jolly glad it wasn’t a hornet!”
Diminishing returns:
There was a young man named Wyatt
Whose voice was incredibly quiet.
And then one day
It faded away
There once was a man of Dundee
Whose limericks stopped at line three.
Though no one knew why
There was an old woman from Crewe
Whose limericks stopped at line two.
There was a young man from Verdun.
This thread will devolve
into endless limericks
or maybe haiku. [source]
((12 + 144 + 20
+ (3 * 4^(1/2)))
/ 7)
+ (5 * 11)
= 9^2 + 0
There is a plan OEDILF where participants are attempting to define all the words in the Oxford English Dictionary in Limerick Form. They have 100,000 entries from Aardvark-Hazard and are soliciting help to fill in the gaps.
My party piece remains:
There was a young woman from Ryde
Who ate some green apples and died
the apples fermented
inside the lamented
and made cider inside her inside
Spoiler for the matherick: “A Dozen, a Gross and a Score / plus three times the square root of four / divided by seven / plus five times eleven / equals nine squared and not a bit more.”
Posted by BobTheScientist at 07:29