Eat food, not too much, mostly plants is Michael Pollan's recipe for recipes. I'd agree, and add the KISS advice to keep it simple stupid: there is no reason why you should eat material which contains 20+ ingredients on the Table of Contents. It won't kill you but it won't do you or your wallet much good either. For a time in my 40s, I was getting to be a little tubby, probably because of snacking after the kitchen was formally closed. Then I went on a long walk through Spain and returned about 12kg lighter [pics]; returning to my 18-30 weight. Those kilos didn't stay off, and I gradually started to balloon out through my 50s. Not enough for folks to diss my spare tyre, but enough to feel tight in some of my sweaters. Over the last couple of years, with an 'umble cheese sandwich for lunch and two slices of toast for breakfast, I've been shedding kilos again 2018 - 2019. It's been easy for me, in a just-say-No sort of way. Not dissimilar to my deciding to stop biting my nails to the quick at the age of 14, after years of fruitless treatments for that obsessive compulsive neurosis. Hands up who knew to call it onychophagy! Not me.

But I do appreciate that for over-eating and its cessation it is not universally helpful to say "Just eat less, then . . . fatty". No more than telling clinically depressed people to just smile and snap out of it. Mental illness is still hopelessly, shamefully, criminally under-resourced by our society. Which is insane because the cost to the economy of lost work-days, inefficient work-days, suicide and self-harm is enormously greater than what we allocate to prevention of, treatment for or research into mental illness. Even more with obesity! The burden on the knees of society from the epidemic of over-weight is crippling: Carrying extra fat leads to serious health consequences such as cardiovascular disease (mainly heart disease and stroke), type 2 diabetes, musculoskeletal disorders like osteoarthritis, and some cancers (endometrial, breast and colon). If only it would kill people quickly rather than consuming dollars and occupying years of suffering, treatment, drugs and hospitalisation.

Last week I mentioned an example of off-label drugging - where doctors in Ireland are given almost complete autonomy to prescribe whatever they think will help even in contradiction to the express requirements of the state regulatory authorities. Here comes another. 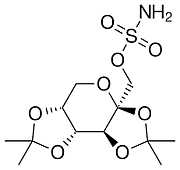 Topamax / Tomamirate was designed as, and licenced for, an anti-convulsant in cases of epilepsy. It is also handy for migraines. It has a really weird chemical structure [L] - who dreams these things up? And nobody knows precisely how it works with {sodium channels | calcium channels | GABA receptors | kainate receptors | carbonic anhydrase} being suggested targets by different research threads. It does not, of course, have to be just one of these possibilities. A hammer can make short work of a nail, but also a walnut, the side-light of a car and/or troublesome but well-resourced Aunt Florence. Because Topamax is taken orally and circulates systemically and because of its multiple targets the side-effects are many and varied. Actually the side-effects are many and varied for pretty much all medications: that's why each pack of pills comes with a bed-sheet of information and contraindications. Take Topamax for your migraine and you may expect: dizziness; weight loss; pins and needles; sleepiness; nausea; diarrhoea; fatigue; nose-bleeds; depression. A list of other adverse but rare effects is really too numerous to count.

Almost as soon as Topamax hit the market, folk noticed weight loss on the list and started to prescribe the stuff off-label to youngsters who were on the heavy side and/or had a tendency to binge on pizza. A young palomino has recently started on a low dose of Topamax which is getting ramped up to 400mg/day. I'm going agnostic on this one because, although I distrust the idea of drugging young people for any non-life-threatening condition, it's not just a weight issue in this case. She presented with debilitating headaches and spent 3 days being shuffled round Dublin in and out hospitals last Summer. X-rays and MRI revealed a mighty cyst pressing on her optic nerve which seemed to be the immediate cause of the headaches. I wasn't at the beside, but my reading is that she came within a whisker of having this obstruction surgically removed [Noooooooo!]. Until the boss or bosses in Irish neurosurgery decided that the cyst had been there forever and was not growing. One of the consequences of being on the meds means that she is off the booze which will probably save her enough money for a well-desrved Summer holiday.
Posted by BobTheScientist at 07:44