This is the second year running that I've gotten to supervise students in our MSc in Pharmacy Regulatory Affairs [PharmRegs to most of those involved]. They are like any other group of students, some smart and engaged, some who need more support. The baseline that underlies their independent research projects is the licencing of drugs and devices by regulatory bodies like the FDA and EMA. These bodies prevent Pharma Companies (and anyone else) from selling drugs or devices unless they are a) safe enough b) actually work as described.
Q. How does the industry (producers, regulators and marketeers) make these crucial decisions?
A. By carrying out trials of animals and people and monitoring the effects of particular doses of drug.

One of those dose-levels is nul nix nada zero - these are ,placebo alert> the controls, lest the observed effects are due to the care and attention of the trial and its staff rather than to the drug itself. A good trial will try to measure all [or many] of the observable changes. It's not good enough to design a drug to control cardiac arrhythmia and only look at the traces from the EKG. Most drugs go in through the mouth and get to their destination by the circulatory system which will wash the stuff everywhere and have all sorts of effects. These are invisible if you don't look for them. In 2017, I wrote about how Viagra stiffened the sinews of a hypertension drug-trial that was about to be closed down for lack of significant  effects. That same essay addresses the re-purposing of Thalidomide as a singularly effect remedy for the symptoms of leprosy. 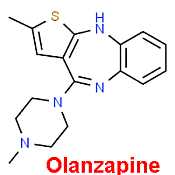 But here's  the prob. Once the drug-or-device is approved for sale, it is available for whatever purpose a rural GP [or indeed any doctor] sees fit. Take Olanzapine aka Zyprexa a rather effective anti-psychotic widely prescribed for schizophrenic voices and visions and bipolar disorder. But you don't have to look far to find "Not approved for dementia-related psychosis, because of increased risk of cardiovascular or infection-related mortality" - it tends to blow a gasket in the blood vessels of the elderly head to precipitate a stroke. So it's definitely not suitable for dealing with my elderly mother's Charles Bonnet visions. A few years ago one of my elderly relations went quietly and then more insistently off the rails. Everyone around could handle the increasingly complicated saga about Elizabeth Windsor, The Pope of Ratzinger, our own Michael D. Uachtaráin and the corgis in the Vatican cellars . . . so long as it stayed in the kitchen. But when the tale acquired legs and began to bother the local police-station, something had to be done. The local geriatric care centre brought the old chap in and prescribed . . . Olanzapine! Clearly this was one of their standard remedies because it worked: it dealt with those annoying psychoses - so distressing and awkward for the family and his carers. And the few cases where it all went horribly wrong didn't return to the geriatric suite but two floors up in the cardiovascular stroke unit.

I mentioned this to my roomie at The Institute who works the other half of her life as The Pharmacist in one of the town-centre chemists. She was not surprised but you could see she was annoyed at yet another example of hubris [overweening arrogance inviting disaster] from the medical profession. Some of them really are a law unto themselves, and they are not compelled to keep up with the medical literature to find evidence that what they think is correct is in fact dodgy if not outright incorrect. What really impressed me about my roomie's response was that she knew immediately the name and contra-indications of Olanzapine . . . and by extension any of the drugs in the British National Formulary.
Posted by BobTheScientist at 07:47