It's been a while since I wrote my last biographette of women-in-science. 2019 inventory:
Marguerite Perey - Marina Lynch - Giulia Enders - Róisín Normanly - full list. It's been even longer since I wrote about giraffes. I was therefore delirah when these two blobothreads snarled up with a heads-up for Anne Innis Dagg. 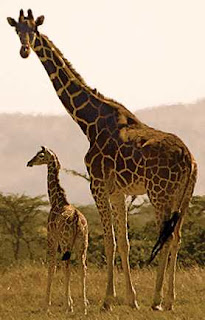 Anne Innis Dagg? Never 'eard of 'er! [until MeFi] Like a whole heap of women in science in that [1950s] era who were side-lined by the patriarchy. Anne Innis was born in 1933, the daughter of a couple of successful academics in Toronto. She fell in love with giraffes after a visit to Brookfield Zoo and in an excess of compassion for the constraining of such tall creatures in small enclosures decided that she would go to study them in their own broad acres in Africa. In due course she enrolled in U Toronto to read biology and emerged in 1955 with a gold medal and $500 for graduating top of her class. That was effectively her first chunk of research funding. She sent out a blizzard of letters to colonial wildlife bureaucrats all over Africa asking for permission to study normal giraffes in their normal habitat. Those who bothered to reply all refused her request, some explicitly citing her sex as the reason. Like F. "Thalidomide" Kelsey she thereafter found it useful to blur gender in letters of application. She eventually secured permission for A. Innis to stay on a South African farm near Kruger National Park. When she turned up without a penis, that permssion was immediately rescinded and she had to retreat to Grahamstown. Whence she barracked the poor farmer until he relented. She spent the next several years out and about in Africa recording the life and times of giraffes.One of the normal behaviours which she obeserved in normal giraffes was homosexual coupling which didn't make it easier for her findings to be accepted in the 1950s. She eventually returned to Canada to start and complete [1967] a PhD on . . . the biophysics of walking in giraffes and other large mammals. She went on to write The Book on her species The Giraffe: Its Biology, Behavior and Ecology  [1976] Reviewed, as well as a rattle of academic papers.

All this counted for very little - or not enough - to secure a tenure-track position in any convenient Canadian University. "convenient" because Anne Innis married Ian Dagg, a [tenured] physicist and had three children at foot. No more than with Jocelyn Bell Burnell, it would have been surprisingly revolutionary if her career had taken precedence over her Man's. All those tenure-track committees were manned by men-in-academia who were of their time and had quite set views about the position of women in families and society. Ironically for a scientific position, evidence of scholarship and publication was irrelevant in the decision-making process; it was more She doesn't need the salary if she is married. In some Institutions those sclerotic views were codified into anti-nepotism rules which forbade the appointment of near relatives of faculty to academic positions. At My Institute, those rules are mostly acknowledged in their exceptions. When someone dies, they are reported on rip.ie as the mother of Julie in Science, the mother-in-law of Jim in Networking, the aunt of Sean in HR, and the grandmother of Jack, a second-year commerce student. 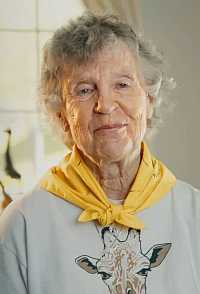 For Dr. Dagg, those set-backs were developed into a scathing analysis of the sorry, shabby, unfair, and ultimately self-destructive certainties of Canadian academic life MisEducation: Women & Canadian Universities was published in 1988. But that was a sideline and her most recent of 20 (!) books is a memoir on . . . Smitten By Giraffe: My Life as a Citizen Scientist Reviewed. “It has been a privilege and joy for me as a citizen scientist to have shed light on a variety of subjects that had never been studied or understood. This is an impossibility for billions of people who do not have the educational background, resources, or good fortune required. I have been blessed indeed”. She has her webpage.

A CBC radio documentary Wild Journey: The Anne Innis Story was commissioned in 2011 [hear it here]. In 2015, CBC commissioned a TV documentary about Dr. Dagg's life in the bush: 'Giraffes: The Forgotten Giants'. The radio piece was picked up by Alison Reid who directed a full length movie The Woman Who Loves Giraffes [2018 Trailer]. Inspiring Interview with Anne and Alison in SF after the film launched. Y'gotta love someone with such tenacity, integrity and compassion. She was recently awarded the Order of Canada and she can now expect a line of Registrars trying to give her an honorary degree.

More Women in Science
Posted by BobTheScientist at 07:26