Death and The Man

Justice is about the balance of rights. Law is about who can afford the biggest lawyer. Justice is also about right and wrong, of course, but life is rarely black and white so we need to weigh competing rights to come up with bargain that seems fair. 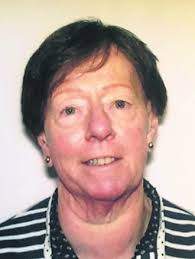 We've just had an election. In the last week of the campaign Marese Skehan [appropriately L], a radical candidate from Thurles standing in the Tipperary five-seat constituency, died in her home and precipitated a constitutional crisis. The 1992 Electoral Act has a section dealing with such an eventuality:
(b) the returning officer shall forthwith give public notice that all acts done in connection with the election (other than the nomination of the surviving candidates) are void and that a fresh election will be held,
(c) all the proceedings for the election shall be commenced afresh, but a fresh nomination or consent shall not be necessary in respect of any candidate who stood nominated at the time when notification of the death of the candidate was sent to the Minister,
You can see where this article is coming from. If a mainstream [lots of adherents] political party is running a single candidate in that constituency, then that party needs a chance to replace the deceased candidate with someone who can vote in the next Dáil. Without that replacement, a chunk of citizens are being disenfranchised.

But an enormous investment of time, logistics and political momentum is tied up in the election and its dynamics. Pulling the poll and starting over in Tipperary would be unfair for the same reason as it is deemed unfair to report ongoing exit polls on election day. You don't want to have people leaving their couches or X-boxes to vote only in response to a surge to the Left in their constituency. Running the Tipp election two weeks later when the results everywhere else are known would put all sorts of undemocratic pressure and focus on those voters. Nevertheless, James Seymour, the returning officer, following the requirements of the 1992 law, did exactly that. Several of the still living independent Tipperary candidates lawyered up because it suited them not to wait: few have infinite quantities of stamina for the campaign trail.

But - phew! - the constitutional lawyers in the Attorney General's office slapped a Constitutional argument on the table for business as usual:
Art 16 3 2° A general election for members of Dáil Éireann shall take place not later than thirty days after a dissolution of Dáil Éireann.

Any conceivable rescheduling of the election would have slipped Tipp beyond the 30-day pale and so become repugnant to the Constitution. And solutions like postponing the whole election nationally or having the vote but delaying the counts would still have been caught under this proviso.

It is surprising, given how political candidates are disproportionately older, maler and over-weighter, that these awkwardly timed deaths don't happen more often. On 3rd October 2011, the Nobel Prize committee announced <taRAAAA!> that Ralph Steinman was to share the Phys&Med Prize with Bruce Buetler and Jules Hoffman for their work in innate immunity. The committee were unaware that Professor Steinman had died on 30th September. It is a fixed rule that Nobels cannot be awarded to the dead. But the committee went ahead with the nomination anyway despite a bit of red face about their due diligence. You can't, after all, be phoning candidates a minute before the announcement to check if they are still with us. Apparently Steinman, dying of pancreatic cancer, had joked with his family about holding on for the few days to see if he'd be nominated.

And yet, and yet . . . you have to ask what the response would have been if Simon Coveney, the Tanaiste and standing in Dau.II's constituency, or some other magnate of the political establishment had keeled over and pegged out on the campaign trail. In 1948, Eamonn Coogan TD [FG] died on the hustings and the election in Carlow-Kilkenny was postponed by 4 days. Fine Gael were able to get two of their candidates over the line, so everyone was happy. I, for one, am sorry that Ms Skehan didn't get elected [182 posthumous 1st preferences suggests I'm not the only one]: she was by all accounts a thorn in the establishment's vest: tirelessly campaigning for women's rights and the dispossessed.
Ar dheis Dé go raibh a hanam dílis
Posted by BobTheScientist at 07:26