hmmmm, Brexit day passed without a zombie apocalypse; or even threats to the supply of bread and milk. The doomsters therefore turned their attention to Greater Wuhan; which is effectively the whole plane-connected world. A thoughtful, if data-poor, essay on nutrition and supplies in a state of emergency was picked up by MeFi to garner a rich seam of interesting comments. "data-poor" could be taken as a criticism, but not really: I've captured the list of Essentials which lubricated life during the siege of Sarajevo.

Every Armageddon is different and will generate different deficits. A corona-virus pandemic may affect just-in-time grocery supplies if enough truck-drivers call in sick for a ten day stretch. BUT it seems unlikely that the electricity will fail, as is likely in a Winter storm. For Storm Emma two years ago, everyone fit enough to walk trudged through the snow to buy bread from the local store. Far more bread than they could eat which meant that some people had none. The only way it is possible to eat the dreadful sliced bread they sell in Ireland is processed through a toaster and in a power cut that's gone. In Wuhan the local equivalent of Deliveroo [prev] has adaptably modified its supply chain to minimise contact between customers and delivery-people. 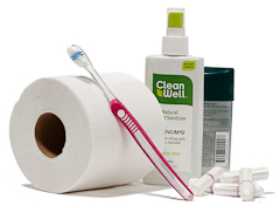 With Coronageddon the problem will be that you feel too crook to get out of bed to cook the rice and beans that you have stored against an emergency. And certainly you won't have the energy to schlubb down the the store for bread. That was a useful reflection for me. Also remember that, if your core body temperature is soaring towards 40°C there will be a limited range of food that you can face without blanching. YMMV and you should get to know yourself - and especially your small children - to know what you'll fancy eating through the headache. Please, please keep the weans hydrated! Here's recipe for home-made saline to replace fluid loss. You need some salt in there but not enough to strain the kidneys. But believe me you'll defo want TP [L].

There are other [t]issues specific to 'flu-like pandemics, as MeFi's Gemma noted This week, I was trying to find more face masks for a group of U.S. executives planning to go to Taiwan (a trip scuppered now, out of an abundance of caution). There are NONE to be had . . . Me, I reckon that face-masks are a token bastion more to sop neurosis than actually block viruses, so I don't have them on my list. 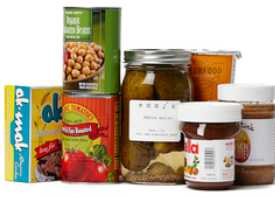 As a reminder and alternative to the Sarajevo list, SF72 has their own inventory of Essentials. Being San Francisco, the Preppers are focused on an earthquake but have adapted the list [with no real changes that I can see] for an epidemic disruption. Good luck with feeding your 5 y.o. on chick-peas, pickled gerkhins & nutella  after she's just puked up. And an essay from BBC which starts in Sarajevo and goes outwards to reflect on the global supply chain. It doesn't have to be dog-eat-dog: “The whole of Sarajevo became a huge family,” he recalls. “We were very kind to each other, sharing things with one another. It was something I’ve never seen before. I’m very privileged that in a time of desperation and misery, to have seen Sarajevo more beautiful than ever.”