On the last Friday of the teaching term I attended the launch of a EU scheme to help boys become men. Not Real Men, lads . . . the scheme will be deemed a success if we can just get boys through the dangerous adolescent years to adulthood without getting brain damaged from alcohol, drugs or <tonk!> too-fast cars; getting mind damaged from bullying, depression, anxiety, peer-pressure. I had a surprising encounter before the formal launch that put me in the right frame of mind for a transformative experience. The formal launch by the youngest member of the SSaMs creators was not without value, despite neither him nor The Gaffer being able to remember the 5Cs which are much bandied about in the field of Positive Youth Development PYD. Here they are lads:
competence, confidence, connection, character and caring
Nope: compassion is not on the list, although it might as well be. I cannot fathom why perfectly sound ideas need to be necklaced with slogans and soundbites and acronyms SSAs. It shows that some of the effectives have been distracted from the task at hand by window-dressing and trivialisation. HarrrUMPH!

The take homes THs are manifold:
sportsmentors.eu has the full programme including work-books and protocols.

Launch over, we had an hour with invited keynote speaker, and national treasure, Ruairí McKiernan [R] [TED]. Ruairí doesn't need notes to speak, partly because he's not afraid to ramble off about whatever peels off the top of his head. He's still young but he's already retired early and retired often. He jacked it in with school because he just couldn't stand it for another day, let alone for his final year. With the connivance of that school [y'have to sit the dreaded Leaving Certificate somewhere] and the slightly bemused support or at least tolerance of his parents, he educated himself from, and at, home. In his mid-20s, he co-founded SpunOut [which I've mentioned before about the pox and also about marriage equality]. SpunOut is a youth information, advocacy and deep listening force for change in Ireland. Eight years later, having brought his baby to dizzying heights of success and with all the trappings of power, he was lost inside [and flaked out entirely from 24*365*8 hours of constant alertness] so walked away from his panoramic-view office to find his true self. Shortly thereafter, President Michael D Higgins appointed Ruairí to an Chomhairle Stáit the Council of State . . . because you just can't allow a force of nature to dribble away into obscurity.

Ruairí dropped out of school because he was a cut-up and a pain in the tits but not before at least one teacher cornered him at the back of the class and said "Go on, make something of yourself" GOMSOY [The Brother]. The young feller needed to be recognised in himself rather than as a face among 30 other lads. Actually all of us need to be so acknowledged and recognised, but not all of us get that respeck. Maybe the oddities, especially if quiet and compliant, get ignored and fail to develop that one talent which is death to hide so it becomes lodged with me useless [that would be Milton]: the carpenters, mechanics, archaeologists, bird-watchers, poets, dancers don't really blossom in school . . . and probably only thrive outside if they encounter an adult who shares and nurtures their passion. Mentors needed; apply within! 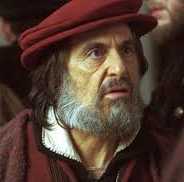 For Ruairí solving the problem youth / youth problem by dealing with the youth is a cop out and of only doubtful utility; because the problem is systemic. What are we like with putting 30 hormonal hot lads in a warm room with a single teacher referee, who by definition did well in school. We are just beginning to broaden gender norms and sexuality norms in school and society but we are still failing to address economic disparities because successive governments get elected by promising tax reductions to the Haves. We really really need to bring the dispossessed into the warm too: if you prick them, do they not bleed? of you tickle them, do they not laugh? [Shylock R]. 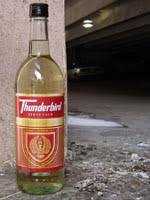 Having shared his experience of three mentors in his own life, Ruairí paused . . . and enjoined us to turn to our neighbour and share (turn & turn about) our own experience of a transformative mentor. He was clearly confident that we all had such a person in our lives. Maybe we were a mentor-selected group - without a mentor somewhere we'd be in chokey, or swigging Thunderbird in a car park [L] rather than attending a workshop on men's health. Whoa! super embarrassing for most in the room, who didn't sign up to the launch to bear their breasts. By chance, I'd met my sharer an hour before, talking about raising up the chronic sick. It turned out that he, like Ruairí, had failed to thrive in school but one teacher and a couple of significant others had seen that he had much to offer and here he was in the midst of a second degree. Me, I told him about Wilkie my eccentric and not wholly lovable high school biology teacher without whom my trajectory would have been different - not worse, but not the same.

But then Ruairí doubled down on the Sharing by asking for a volunteer to tell, with permission of sensitive, the whole room the mentoring tale which they had just heard. That was bri'nt! You don't really understand something unless you can explain it to someone else. And if you weren't listening to the tale with care and attention you won't be up for the task. And then Ruairí asked for a woman, any woman, we're always hearing from men, to make a similar contribution. That delivered a sweet story about an older sister who had taught her sibling to tie her own shoe-laces; they are still besties!

Even excluding the chicken goujons and iced-dainties launch lunch, I give it 5Is: