That would be The Feast of the Immaculate Conception. It was celebrated with great vigour by Irish people in days gone by who would get a day off work from The Creamery to go Christmas shopping in the nearest city. I suspect it has been over-shadowed by Black Friday <kaChing! go the cash-registers> which happens earlier and with more insistent advertising. For those ignorant about Catholic doctrine, the conception which is insullied is that of Mary Mother of God whose birth is celebrated on 8th September. 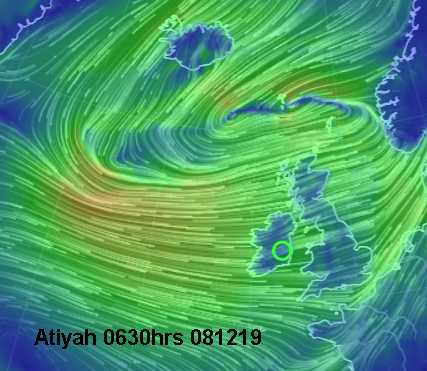 Last Sunday I acknowledged the death of Clive James without really saying how much I enjoyed his writing back in the 80s when we bought The Observer on most Sundays, not least to read Clive's hilarious film reviews "so funny it was dangerous to read while holding a hot drink". Obit from NYTimes - The Beeb -
I don't think I have any readers in Britland, even my own family only tune in sporadically. But there is an election going down over the water [and the Nordies are going to their polarised polls too] on Thursday 12/12/19. The Conservative Party to slated to win the most seats, so the opposition (everyone else) is hoping that Gallup and Red C will have got it completely backwards. Jonathan Pie is having an articulate rant exposing 10 years of Tory Misrule.  Frankie Boyle is also hoping against the odds that it will all turn out alright. But intending Conservative voters won't hear the Pie/Boyle message so its really just pissing in the wind.