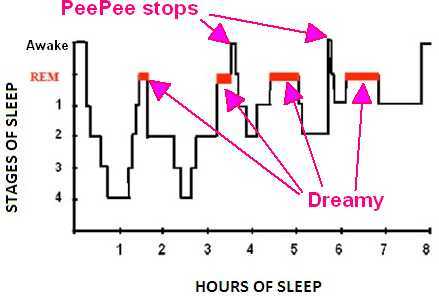 Still obsessing about the manifold woes induced by lack of sleep, I will now channel Matthew Walker's [prev exec summ] findings about the destructive government policy of earlier starting school days is running exactly contrary to the deliverables of schools: education, learning outcomes, useful net contributors to society, even living graduates. Didn't bother our girls Dau.I & Dau.II none, while educating themselves at home they rose when it suited them which happened to be a quite different times: one being more larky and the other of the owl persuasion. I was the only person in the house who set an alarum and that was largely redundant because I'd usually spring out of bed at 0600hrs anyway.

Schools, especially in the USA, are now starting between 1 and 2 hours earlier than they did 100 years ago. 80% of schools now start before 0815 AM, and 50% start before 0730! That means that school busses are making their first scoops of children at 0545hrs and expecting their fares to be dressed, washed and fed. It turns out that the adolescent brain dials forward their circadian rhythm between 1 and 3 hours, so they are being woken just after the middle of their natural sleep window. You can see from the hypnogram at the top of this post, that typically the second half of the night is super-rich in REM/dream sleep of which the early school day is depriving most children. Studies in the 1960s before we had discovered Ethics, which deprived youngsters of REM sleep for as little as three days, induced auditory and visual hallucinations, depression, anxiety, psychosis and paranoia. Loss of REM sleep also affects learning and the resolution of social issues. This early rising deficit is much more pronounced among the dispossessed who live further from the school and have parents who have to leave for work equally early.

These symptoms of sleep deficit, if presented to a doctor without mentioning sleep or its lack, will with worrying frequency elicit a diagnosis of ADHD and a script for Ritalin = methylphenidate or Adderall = amphetamine. These are potent stimulants and will absolutely make worse the sleep deficit; which will start a spiral of drug use that will only benefit the drug companies. ADHD is current running at 11% among school-going 4 - 17 y.o children. With those figures we might rename the condition Attention Deficit Hyperactivity Normality ADHN. Only 25% of school kids in USA get a full 8 hours sleep and the average sleep time of that age cohort is 2 hours less than 100 years ago.

What to do? Follow the evidence! . . . from some relatively modest changes in the structure of the school day. Edina MN, carried out some extensive tests of their pupils, using the standardised Scholastic Aptitude Tests SATs before and after they changed the school start-time from 0725 to 0830.  Average SATscore went from 605 to 761 MathScore from  683 to 739! Just by giving their kids an extra [REM] hour in bed M-F.  Those extra 100+ points will get Edina kids into a significantly better class of college. Or just take the kids out of school - worked for us!

And don't drive [into a plane while] drowsy or distracted
Posted by BobTheScientist at 07:38