The other day I was on about Smeerenburg in Spitsbergen where the whole economy was driven forward by whale oil. The climate up there, even at the height of Summer, is brutal. It's the kind of place where, as soon as the temperature rises enough to take your jacket off, the midges [no-see-ums; punkies; Culicoides spp.] rise in clouds and eat you alive. The rest of the year it's dark 24 hours a day [75+° Lat; Arctic Circle 66°]. The idea that there was a city-sized community flensing, baking and turning tricks really didn't have the ring of truth if you thought about it for 2 minutes or said "Show me the data".

Much further south, on the Waterford coast is the village of Bunmahon where my aged in-laws washed up 30 years ago. Everyone complains about the weather in Ireland but the climate is, unlike Svalbard, just perfick. One thing the two locations have in common is that they have been much more active and populous in the past. I hope that readers worth their Blobbosalt will cry out "Show me the data" at this point. Here's a clip from the Ordnance Survey of Ireland showing the mouth of the Mahon River in about 1840, when Bunmahon was at the centre of a thriving copper industry: 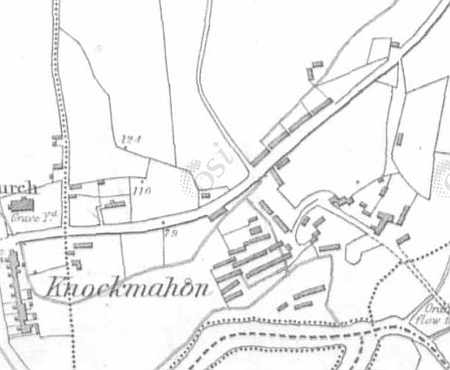 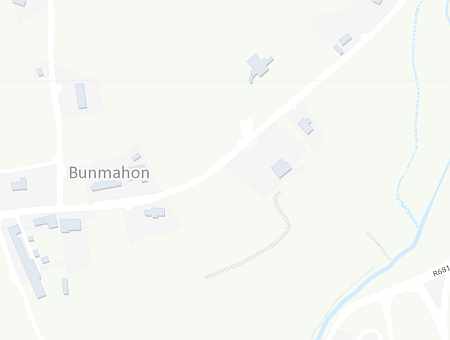 The GeoHive map-browser allows you to float over the island and zoom into any area of interest. The best feature is a fade-slider that lets you start in 1840 and gradually replace the pixels with a more modern map. Over on the left side, the built environment is much unchanged; dominated by the Church and the row of 8 modest two-storey houses, then called Osborne Terrace. On the right, however, 40 or 50 similar dwellings have been swept into the dustbin of history and replaced with a handful of slightly larger homes. On dit que there were 2,000 people living in Bunmahon in the mid 19thC, served by at least 20 pubs, shops and a pawn-broker.

Six years ago, I was speculating on the population of [the bishopric of] Ferns in Co Wexford. Why keep a dog and bark yourself? I asked my new pal and local historian Barry Lacey and he replied: "I managed to track down the source. In Billy Colfers book 'Arrogant Trespass' he mentions 49 burgage plots in Ferns for the year 1296 (Page 76). These ones were wasted so perhaps you could add a few more during Ferns hay-day. If you were to associate a number of people per burgage plot and add a few more for luck it might be one way to guess its population." Okay, I'll bite: each of 5 dozen burgages holding a dozen people. Ferns in 1250 CE housed 750 people = about half today's population. Barry is talking tonight in New Ross about the South Wexford Brigade of the Old IRA.

After 50 years, the seams of copper were played out by the 1870s and the miners all upped-stakes and moved elsewhere: to Wales for the steam-coal and elsewhere. Bunmahon retracted to a two-pub village again leaving a well-worked landscape scattered with shafts, adits, spoil heaps and ruined buildings. Every so often, someone will see a business opportunity associated with the sweeping white sand beach and /or the industrial heritage: the surf shop; the Café in Kennedy's old drapery; Farouq's general stores and chipper; Ronnie's chipper on the sea-front . . . but these businesses have all bloomed ephemerally and faded away leaving the entrepreneurs more or less out of pocket.
It's hard to imagine that Bunmahon was all a-bustle 150 years ago.
Posted by BobTheScientist at 07:05