An antidote to certainty

"Le doute n'est pas une condition agréable, mais la certitude est absurde".
Voltaire
Often render into English as Uncertainty is an uncomfortable position, but certainty is absurd. That edgily reminds me of Sex: The Pleasure Is Momentary, the Position Is Ridiculous, the Expense Is Damnable supposedly part of Lord Chesterfield's Letters to his son on the art of becoming a man of the world and a gentleman. Perhaps unsurprisingly, there is no evidence that Chesterfield ever wrote that piece of advice. Which doesn't make the sentiment any less true, though. Mais revenons nous a nos certitudes: 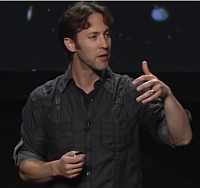 I was innocently watching an interview with Russian chess expert [oops can't call her Master] Алекса́ндра Константи́новна Костеню́к and youtube decided that The Next Thing I would desire to watch was a polemic by David Eagleman [in fuLL fLow] on God vs No God, and the winner is? Eagleman's position is leaning towards atheism because he cannot reconcile the certainty with which relgious people hold their personal beliefs with the extraordinary and largely unreconcilable diversity among those beliefs. If hundreds of millions of people believe that Jesus was the son of god and millions hold to the contrary, then they cannot all be right . . . but they can all be wrong. But he also gives rather short shrift to the Richard "The God Delusion" Dawkins and his equally certain strong atheism. 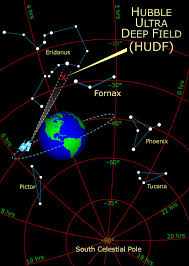 His talk begins with an an executive summary of the HUDF the Hubble Ultra Deep Field investigation. That required the space telescope to take 20 minutes on each of 400 consecutive orbits to point its photon detectors at the same teeny tiny fragment of sky in the constellation Fornax . . . which as far as we could tell from Earth had nothing in it. When they downloaded the data-stream and cross-referenced the pixels they had discovered 10,000 previously unknown galaxies. The Universe is really bigger than we can comprehend, so there is effectively an infinite range of possible worlds out there about which we know bugger-all. We can't even imagine the tools we'll need to make sense of it. That requires more humility and less hubris.

In full flow during an earlier interview he coined the term Possibilian to describe his well-hedged intellectual position. I call myself a Possibilian: I'm open to ideas that we don't have any way of testing right now. By the time he got back to the office he found a) his inbox was stuffed with "hey that's me, brother" b) that possibilian logic was a Googlewhack [whc prev]. The next thing he did, as you do, was purchase possibilian.com which is the place to start your uncertain journey into the unknown - bon voyage.

. . . forget the unknown unknowns [before] and the known unknowns and concentrate on all the stuff we know for sure that we don't know.

From his own field of neurology he notes that one cu.mm of brain tissue [small] has more inter-neuron connexions than there are stars in our galaxy [BIG]. I take that he's correct but even if he's out by a factor of 1000x that's kinda mind-boggling. He wants you and me to live our best lives free of dogma and full of awe and wonder. And most importantly remember, as a scientist and as a person, that it's okay to say:

I don't know
Posted by BobTheScientist at 07:57