Down in the dark 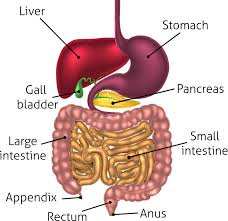 Classes started at The Institute on the 11th September and the next day I gave my Pharm Tech the How much do you know? Human Physiology Prequiz. As in previous years only a third of ordinary adults know their guts well enough to correctly order the different sections: Appendix - Colon - Duodenum – Esophagus – Stomach. Of course you can get through your whole life, and be a nett contributor to human health and happiness, without being able to name different parts of your body. But my data suggests that most people have a) no idea how the digestive system works [that's okay] b) no idea how it might work better [less okay if the goal is health and happiness]. This ignorance is appreciated beyond the confines of The Blob: it is explicit in the sub-title Giulia Enders book Gut: The Inside Story of Our Body's Most Underrated Organ; [Darm mit Charme. Alles über ein unterschätztes Organ] which I have finished reading.

I'm a professional biologist, so I can't remember a time when I didn't know the basic arrangement of my internal wobbly-bits [diagram R]. Nevertheless, I'm continually learning new stuff, most recently about the importance of the intestinal flora. The Blob records microbiome 26 times apart from this mention and flora 62 times; and rarely as a girl's name. I reckon I'll have more to say on our intestinal co-workers in the future.

On farts. One phrase I've never used before is sphincter ani internus SAI - because I'd never heard of it until Giulia Enders kicked off her book with a discussion of its value. Those of us who maintain some semblance of bowel continence are aware of the sphincter ani externus known to his pals as sphincter ani. When we grow up enough to stop having a accident downstairs we have achieved conscious control of when to open [rarely] and close [mostly] this little ring of smooth muscle. Actually it opens rather more often than when we are sitting at stool because the active microbial flora is producing quite a lot of gas methane and carbon dioxide mainly with a touch of hydrogen sulphide if we've been eating eggs or cabbage. The SAI is a sampler gate-keeper and every so often opens up to allow a sample of gut contents into the ante-chamber of outside. IF that sample is a bubble of gas ANDIF we are not having tea with Great Aunt Gwendoline THEN we can let rip; ELSE NOT. If the sample is more substantive we need to find a toilet - OR the woods IF a bear. It is not only 12 y.o. boys who find a darn good fart to be immensely satisfying. Or dangerous: methane fart deflagration; not the same as a BLEVE. Are you still a 12 y.o?

On sitting at stool. As we get older all the subtle, intricate, multiply-redundant systems of human physiology start to become more erratic: blood-pressure more variable; blood-sugar less reliable; brain function sketchy; bowels sluggish. In Ireland we have adopted a standard toilet which makes it much less easy to have a good crap; compared to all them foreign johnnies who squat to defecate. Squatting puts all the poo-ducks in a row making evacuation of the rectum a bit easier. You can do it sitting on a throne that is 450mm higher than your heels but you are making it more difficult for the poor old bowel. Ironically, as having a good shit become more difficult with age, some dogoodnik carers will actually raise the height of the seat to make it easier for dear old dad to get up and down to it with his enfeebled leg muscles and degenerate sense of balance.

<over-sharing alert>I have taken this Giulia Enders analysis on board and am experimenting with a little step (330 x 330 x 80 mm & made from a square of polystyrene: previously the lid of a biological-sample cool box) to raise my feet and make the experience more squatty.</over-sharing>. There are probably 1,000s of elderly British and Irish folk who are forking out for Movicol or Senokot.; when foot-shelf 10 or 15cm high in front of the jacks might do the trick.

Here's a TED Giulia Enders preview or an exec summary.

Other women in science.
Posted by BobTheScientist at 07:35