Life and death in science

I've just surfed through a busy week without falling off the board. At The Institute, I attended two (!) PhD vivas, for one of which I had skin in the game. I think I am with the dinosaurs in holding that an Institute of Technology should not be awarding higher degrees (MSc, PhD, MBA) but should concentrate on moulding technically competent, reliable, numerate, technicians [it's what it says on the IT tin]. But I know I'm against the tide of history and the imperatives of ambition on this one.  Nevertheless, these two now-Doctors fully deserve the award and I look forward to ribbing them when they put on medieval costume for Conferring in November. I've seen weaker students with thinner theses get the PhD in Universities.

I have many qualities, some admirable; but I wouldn't include resilience in the list. This deficit is clear from the fact that my career is littered with unfinished projects. There is no point in pushing the frontiers of science and finding out the peculiarities of how the world ticks if you keep the answer to yourself. A key part of science is publishing the results and putting them up to public scrutiny and robust testing. You can't get things published unless you submit them to 'peer review' aka searching scrutiny by other scientists qualified in the field. My problem [butterfly me] is that having solved the problem to my own satisfaction I flit off the the next bright flower to investigate . . . without writing it up. I have submitted papers to journals and some of them have been published. But lots of others have been submitted, gotten some adverse criticism, put in the To Do pile and effectively forgotten. If I had better Finish, I'd now be approaching retirement in some prestigious University rather than working in The Institute where teaching is privileged over research. But actually, butterfly me is happier where I am - I've found my unspecialised, general science, level. 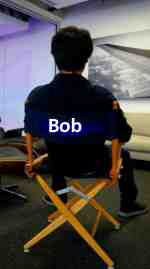 Success in top-flight science requires focus and specialisation. The day after Lar's successful defense I was up in TCD at a requiem for an amazing scientist. Mario Fares, my friend and colleague, died in Spain at the end of last year. Pegging out awkwardly in the middle of the teaching term meant that many of his Irish colleagues, friends and admirers were unable to attend the funeral, so a memorial was arranged for this week and his Spanish family came, like Mohammed, to the mountain to meet los amigos del amado. The main eulogy was given by Ken Wolfe, the man who brought Mario to Ireland and with whom he published 4 solid error-correcting scientific papers. In that talk, Mario was named 'A Diamond' and I was referred to as 'the infrastructure'. That is exactly right, my main contribution to the Wolfe lab 2001-2004 was keeping things rolling. Indeed, my wholly passive presence allowed Mario Fares to tease out a tangle of ideas and mental dead-ends into a coherent and publishable story. Indeed Bob the Scientist [similar to L] was essentially created by Mario early one morning 16 years ago. Whatever help I gave Mario that day was repaid when I coat-tailed on a paper to get a Fares number of 1; it's like an Erdös or Bacon number. It is in the nature of funerals and memorial services that everyone reflects on the fact that you can't take it with you. But at least Mario's teenage daughter was brought to realise that her Daddy had made something of himself and been loved by so many strangers-to-her. His toddler daughter will absorb the same message as she grows.

The other success story that bobbed up in the news this week was that Jocelyn Bell Burnell had been awarded a stonking $3 million Breakthough Prize. Along with everyone-and-his-dog, I've written about JBB's brush with a Nobel prize because she paid attention to a bit of scruff on a paper print-out and discovered pulsars. She is the poster-girl for all the over-looked, under-rated, glass-ceilinged women in science. And she never allowed herself to be rankled by the fact that her supervisor won the Nobel for something he tried quite hard to stop her working on. I suggested that she has had far more impact on science in her work at home with Open University than her contributions at the farthest ends of the Universe. “I feel I’ve done very well out of not getting a Nobel prize,” she said. “If you get a Nobel prize you have this fantastic week and then nobody gives you anything else. If you don’t get a Nobel prize you get everything that moves. Almost every year there’s been some sort of party because I’ve got another award. That’s much more fun.”  That's a nice sentiment. It may also be satisfying to not share this prize with her old boss Tony Hewish. Martin Ryle, his boss, died in 1984 so he has no use at all at all for the money or the accolade.

In strictly financial terms the Breakthrough Prize is a far better deal. Hewish & Ryle split SEK550,000 between them in 1974, the year of the No-Bell physics prize.  That is worth about €300,000 in today's money, of which JBB would have gotten a third. €100,000 is, of course, a substantial chunk of change if all you want to do is throw a massive party. It won't even buy a box-room in a 3-bed semi-detached house in suburban Dublin. In is entirely consonant with her heroic infrastructural character that JBB is donating the windfall to fund PhD scholarships for groups which are under-represented in Physics.
Posted by BobTheScientist at 08:35