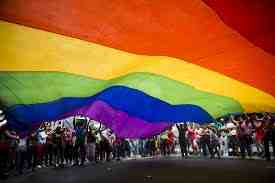 Few things induce hand-clapping joy in my daily life so much as evidence of the increasing diversity in The Republic. At The Institute I found, at the student societies fair, that there is now a college cricket team! Cricket was quite decisively repudiated by post-colonial Ireland as the protestants leaked away and the GAA got an increasingly bigger voice. Talking to the secretary of the Cricket Soc revealed that all the players hailed from the Subcontinent but, he hastened to add, some white folks had joined the club this year. I wrote years ago about how Pakistani and Indian students at The Institute had embraced each other though so far from home. 45 years ago in Ireland, chicken tikka marsala, pizza, caldo verde, were unheard of; there were two sorts of cheese [red and white], and two sorts of wine [red <Ruffino chianti> and white <Blue Nun>].  We are spoilt for choice on all fronts now.

As well as my shoes and glasses, when I leave for work in the morning I make sure I have my diversity-rainbow wrist-band on. I have apologised to all my classes in advance about the glasses: "If I blank you in the corridor, it's not because I am aloof, it's because you are unrecognisably out of focus". You see how this patriarch shifts the blame onto them? When I acquired the wrist-band, I was given a document, hereinafter The Leaflet, that explained the new landscape of identity for those born in a time when there were just boys and girls. I tell my students that you don't really understand something until you can explain it to someone else. I will accordingly give you a summary here.

I think I got stuck at LGB: that not all people fancied the opposite sex and that some people were attracted to both. My experience was consonant with the Kinsey Report that maybe 10% of us were not strictly heterosexual in our predilections. I felt comfortable enough with that to be able to poke gentle fun by using BLT rather than LGB. Then I started to feel overwhelmed: there was LGBT, then LGBTQ then LGBTQI then LGBTQI+ and now The Leaflet tells me that we are up to LGBTQQIA. Correct me if I'm wrong, but if each added category is a smaller segment of the population, then we are getting to quite small groups who are demanding parity of esteem . . . not to mention their own bathrooms.

T for Trans. This is an interesting departure from LGB because it's not so much about relationships with others as about relationship with self. Trans is nevertheless a grab-bag term for a number of different states of disagreement with the gender assigned at birth following a quick glance down there by the midwife. These include identifications are transgender [the symbol for which R which they included on my wristband], transsexual, agender, crossdresser, genderqueer, androgynous, gender variant, differently gendered. The symbol has unicode authenticity: ⚧ which is more than can be said for some of the others.

Non-binary. This for all the people (including many in the previous category) who baulk at being binned as M or F. The leaflet introduced me and The Beloved to a new term: neutrois = gender neutral, agender, genderless. aporagender otoh have a strong sense of gender but it's neither male nor female and so is semantically indistinguishable from maverique or aliagender. Greygender are non-binary but not so vehemently out there. Demiflux, demifluid and genderqueer are all different again. Dang but it's complicated: I hope they don't get all People's Front of Judea with each other.

Cis-gender. That's the 90% who agree with the midwife and are happy about the assignment.

Trans Man, Trans Woman.  The named sex in the destination. A trans man started out life being dressed in pink by the parents [dang that midwife for getting it wrong] and a trans woman in blue. At some point they joined the other side.

Misgender. v.int. is when you make a blunder in how you address, or interact with, a 10%er. I suppose it's like an earlier fight we had when adult blokes were all Mr but women needed their marital status specified: Mrs vs Miss. Ms made is a lot easier for everyone. In Japanese they have ~san [さん] for everyone - M&F; LGB; TQQ; IA; Vogon - which makes things easier again on the misgendering front.

The restless rest. You may be sure that the language and the bathroom wars will get more nuanced, difficult to navigate in the future as more people Out themselves in their own particular, peculiar and wonderful identity.

No essay on language issued from Ireland would be complete without giving Irish parity of esteem: