Just after I started working at The Institute, I was driving [again] into work and I had one of the three big ideas I've conjured up from a lifetime in science.  I had spent the previous 10 years analysing genomes: studying the pattern and process of evolution and discovering novel genes which had bearing on the immune systems of various vertebrates. Accordingly my HoD required me to teach human physiology, remedial maths, 1st year chemistry, 2nd year physics, and 3rd year molecular biology and 3rd year environmental chemistry; in none of which had I any expertise. Scouting around for practicals to go with a series of lectures about the chemistry of water, my >!aha!< was to have the students analyse the concentration of lithium [and sodium and potassium while they were at it] in the river [see below] that runs along the edge of our mountain farm. I was thinking along these lines because of an essay Lithium Dreams I read about the importance of lithium for batteries in a world without fossil fuels. 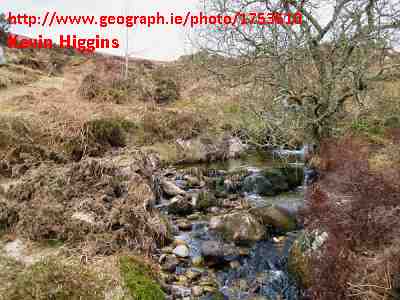 After those practicals, one of the students - whom we'll call Lar, because that's his name - told me that I would be supervising his final year research project; in which he would develop the protocol and measure lithium [and sodium and potassium while he was at it] across a wider swathe of the county. And it was so. I got some more samples, he got some more samples and he ran them all through the FES Flame Emission Spectrophotometer. He ran the results through some statistical analyses and wrote up the results in a neat and thoughtful report. Job done. I met his parents, his partner and his two kids at the next Conferring ceremony and I thought I had a Wrap. Wrong.

Lar informed me that I would next be applying to The Institute's postgraduate research fund for two years of money so that we he could extend the study to cover the whole county and test a hypothesis: did the ground-water and surface water track the underlying rock w.r.t. lithium concentration. The research fund had a peculiar bee in its bonnet about refusing to fund 'field-work': which was clearly essential to the success of this project. Accordingly, I traded my time teaching a module on a Master's programme in Dublin: I knew what I was talking about in that field. Rather than taking payment in cash, I had them transfer the value to an account at The Institute which could be used for field work. That lubricated the process nicely: 4 days teaching neatly covering four sampling forays in 2015.

After one year on The Institute's nickel, we he applied for external funding a) because the stipend was much more generous b) field work was positively encouraged. He didn't get that grant largely because ". . . the supervisor lacks any track-record or credibility in the field of water chemistry . . .". True dat! Around that time a new lecturer started at The Institute who was a genuine water chemist.  I was delighted: I could shuffle off the responsibility for teaching water chemistry and do more hours supervising molecular evolution research projects. We he and Lar applied the following year to the same external funding source. Not only was the application successful but it was designated for that year's EPA special post-graduate award!

After that year on the EPA gravy train, he had a final year eking things along back on Institute money because he'd embraced another departure from the original idea for his thesis. 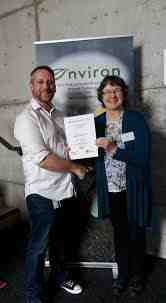 The thing about Lar was/is that he does not shirk work. Having got several hundred vials of water from across the county in 2015, it seemed a waste to 'only' measure lithium [and sodium and potassium while he was at it] with the FES; so he measured cadmium, iron, lead, copper, zinc, and arsenic as well using a different instrument and a different protocol. He also measured all those chemicals in ivy Hedera hibernica and ash Fraxinus excelsior to see if they preferentially absorbed any of the metallic elements. That set him after a hare of hyper-accumulating plants and phytomining which involved a huge greenhouse trial starting with seeds from 30 different plant species. Answer: cabbage really sucks up lithium. Finally this Summer, his real supervisor and I were able to slow his one-man laboratory analysis factory down sufficiently and get it all written up in a thesis. That was easier than for some students, because he'd already written and submitted four papers for publication, two of which had been accepted. In this sense he is a far better scientist than me because he has Finish: he's not daunted by the [often outrageous] demands thrown out by the referee at a journal. He just knuckles down and does a re-write: "criticism is good, it makes the the report better". He also has a great graphic sense: the picture [L] shows him winning another prize for one of his many colorful and informative conference posters.

Yesterday all that hard work, all those samples, all the nitric acid, all those runs through the FES, all those maps and graphs and statistics finally paid off. Lar successfully defended his PhD thesis and can call himself Doctor Lithium because right now, for a brief time, he knows more about the white gold than anybody on the island of Ireland. Hats off.
Posted by BobTheScientist at 07:20