If two Irish people meet on a pass in the High Andes or an airport in Guinea-Bissau you may be sure they'll find out where are your people buried? and one of them is sure to have a sister who do be married to the other's cousin / flatmate / bestie from high school. It's like two degrees of separation because Ireland contributes about 1/2000ths of the World's population. I was reading Slide Rule by Neville Shute because it's an autobiography of an accomplished engineer. Writing adventure yarns was a hobby for most of Neville's working life because he was living a series of adventures in his day job.

I must have read the book before, but more than two weeks ago, so it was all quite new to me. One of the surprising revelations was that Neville's father was a senior British bureaucrat and for a time he was head of the Postal Service in Ireland . . . with a spacious office in the GPO . . . in the Spring of 1916. On Monday 24th April at 11 am, he was called from his office to a meeting in Dublin Castle and at noon Padraig Pearse started the revolution downstairs. Young Neville found himself working as a roving stretcher-bearer bringing "collateral damage" to various Dublin hospitals; he was 15. His older, idolised brother was later killed in France but the book also shares an earlier death-in-the-family:

The only casualty that had touched me till that time was a distant cousin, Captain de Courcy Ireland, who was an officer in the regular army and in the Royal Flying Corps. . . . De Courcy was lost flying a Blériot from England to France on Christmas Eve [1915]; he took off from some field near Dover and was never seen again . . . 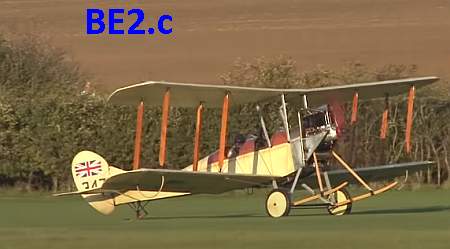 Which is rockabilly weird because my grandfather Wilfred's youngest sister Myrtle was married to Squadron Commander de Courcy Wyndor Plunkett Ireland on 14th December 1915 and widowed on 24th February 1916. Far from romantically flying off into a Christmas sunset "On February 21, 1916 Neville Usborne and Squadron Commander Ireland ascended from Kingsnorth in an experimental 'Airship-plane' which was a BE2c [video] suspended from a small SS-type airship. Unfortunately the forward suspension cables overstressed and became detached, causing the aircraft to drop away. It was seen to sideslip and turn over, and Ireland fell into the River Medway and drowned. Usborne stayed at the controls but the craft crashed at Strood station goods yard with fatal result." Ireland's wife was left with a photograph and £79.14s.5d.

How many de Courcy Irelands were there flying about [and indeed not flying] in Kent in the Winter of 1915/16?  Gt Aunt Myrtle never re-married, moved back to Ireland and lived for another 50 years, latterly with her niece in a big house on the shores of Lough Derg. She was manless at the other end of her life too, being born six and half months after her father died. Indeed her mother died before the girl turned three and she and her sibs, the oldest 12 y.o., were brought up with considerable self-sufficiency, not to say riotousness.  I knew her until I was about the same age as stretcher-bearer Neville Shute Norway and she was in her 80s. She was a card, with a great sense of fun and I remember her fondly. If we'd been more aware of the tragedy that blighted her young life, we might have been more respectful. Then again, I doubt she would have welcomed that.

"None," said the other, "save the undone years,
The hopelessness. Whatever hope is yours,
Was my life also; I went hunting wild
After the wildest beauty in the world,
Which lies not calm in eyes, or braided hair,
But mocks the steady running of the hour,
And if it grieves, grieves richlier than here.
For by my glee might many men have laughed,
And of my weeping something had been left,
Which must die now. I mean the truth untold,
The pity of war, the pity war distilled.