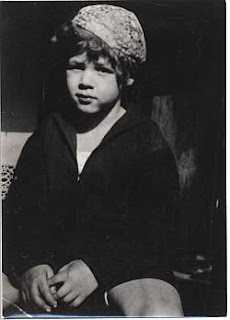 Le Chambon-sur-Lignon was an ordinary village in central France quite close to Le Puy, a bit heavier on the Protestants than other communities, but not otherwise peculiar. Then in WWII the community commenced a huge conspiracy to secrete and protect a bunch of honoured guests because shopping them to The Man [Gestapo and/or the Milice] offended their ethic of hospitality. The number of the saved far exceeded the numbers of savees. I wrote about this whole village of The Righteous Among the Nations in 2014 because a book about it had just been published.

One of the most peculiar of the refugees who washed up in  Le Chambon was Alexander Grothendieck and his mother. The chap was 11 when the war broke out, his father was killed in Auschwitz and Alexander grew up displaced and disconnected and fascinated by mathematics. He was one of the most truly creative mathematical geniuses of the 20thC and was awarded the Fields Medal in 1966. I am certainoy not one of the very few people who can explain the nature of his original contributions to mathematical theory.

Le Chambon was in the news again last week because they won the Lotto have received a bequest from another of those taken into the bosom of the village under very adverse WWII circumstances. Eric Schwam was 13 when he arrived in the village, survived the war and went on to work in Pharma. It is sad how many news outlets are rechurning exactly the same, teeny amount of, information about the village's benefactor. I hope that the money won't cause headaches and feuds among the beneficiaries and that it gets spent on local 13 year olds to give them a leg up.