I mentioned [see footnote] Catherine Connolly floating the idea that the leaking of the Report on the Mother and Baby Homes was deliberate government policy to keep the lid on the scandal until . . . another government is in power . . . or, the media can gee us up about a bus crash in Dehli where an Irish citizen dies. We thus know cui bono if Connolly's thesis is correct but not cui leako. It certainly wasn't Roderic O'Gorman who looks to be totally out of his depth in the role of Minister of Children and presumably got the portfolio to big up the Green Party in the government with a ministry. The Greens being too naive to realise that this plum was toxic. 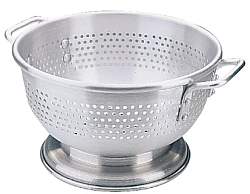 Who has a track record as a sieve? Leko Varadkar the Once and [he hopes] Future Taoiseach. When he was elected leader of Fine Gael and so became Taoiseach, I said to Radical Dau.I that it was a Good Thing that Ireland was ready for a gay man to rise to the top of the political establishment. I was put back in my box sharpish. I paraphrase "Well Daaad, there's more to being a person than their sexuality; and it does not bode well to have a complacent, conservative, capitalist cardboard cut-out conning the ship of state". Did you see what I did there, me pirate p☠️ls? Conn = navigate; con = hoodwink. This leaking thing though; does money change hands when a newspaper gets a scoop?

And the other hit palpable hit from twitter “Putting Arriving Visitors In Hotels Unrealistic” Claims Man In Country With Direct Provision. [DP prev - cw: depressing] Double standards don't butter the nation's parsnips.
Q. What is the Irish for shame?
A. Náire