Science is A way of knowing. We owe it for successful contraceptives; clean water; a myriad of health-care interventions: titanium hips, dialysis machines, MRI, corona vaccines; long bridges, tall buildings, railway signals; superglue, toasters, ballpoint pens. But in general science doesn't have much to say about living your best life. For that you may need help from religion or philosophy. I had a great deal of religion when I were a nipper - heck I won the Junior Scripture Prize - but gave it all up as soon as I started thinking for myself. I've had a pretty good life [so far!, I'm not feeling terminal, here], I don't have much bad on my conscience and, like Othello and Charles J. Haughey have done the state some service.  So I don't need help to live better. 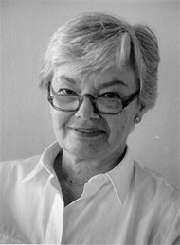 Or don't I? Maybe if I read more philosophy, I'd realise that I've been deluding myself as a naive utilitarian and that I could do better - as all my teachers wrote on all my reports through school! I won't read Kant, however, his smug certainties have no place in my shades-of-grey ethics. Judith Jarvis Thomson [L] died last week in the fullness of her years. Never 'eard of 'er! probably because I've read a lot more green penguins than books by philosophers; and certainly because my prejudice is that philosophy is windy and impractical. Even when it espouses matters of life and death, it still seems to make the issues more complex than they need to be. I've ruminated for years on trolleyology, (the ethics of killing one to save five) and find that philosophers over-egg the pudding by dragging rights into the frame. Even a cursory study of anthropology will call question on pretty much all the rights of which the American founding fathers said We hold these truths to be self-evident, that all men are created equal, that they are endowed by their Creator with certain unalienable Rights . . . whoa, not so fast Jefferson, not self-evident to the rest of humanity, let alone the rest of the living world.

Turns out that Thomson had a long riff on The Trolley Problem 1985 which was invented by Phillipa Foot, although she didn't have the last word. Thomson was famous in philosophy circles for the precision of her language. Still takes her 20 pages and I couldn't work out what the/her bottom line is.

Thomson is even more renowned for A Defense of Abortion 1971 in which she created the Metaphor of the Violinist to tease out the competing rights to life and bodily autonomy; and also the difference between killing and allowing to die. As well as the insensate but wonderfully talented Violinist who needs your kidneys, Thomson invokes

These people aren't all on stage at the same time, but Thomson uses them to bring to our attention the Edge Cases that should cause reasonable people to question their certainties and think with a tad more compassion and empathy. She allows that you can feel squeamish about something without forbidding other people to deal with it. She is also comfortingly grey and pragmatic about rights and decency. It's not, in her Fonda-fantasy, reasonable to expect the actor to fly in from California to help you out but it's churlish if he won't cross the room to lay on his hands. "It's rather a shocking idea that anyone's rights should fade away and disappear as it gets harder and harder to accord them to him." A boy may be boorish, greedy and disagreeable if he refuses to share chocolates with his kid brother but that doesn't necessarily make his selfishness unjust. Thomson's arguments will fall on deaf right-to-life ears, but helped me marshal my arguments into a more coherent order that I can live with. We've Repealed the Eighth but the Oireachtas still has to legislate on the practicalities: if more people read Thomson, we'll get better law.
via MeFi
Posted by BobTheScientist at 07:42