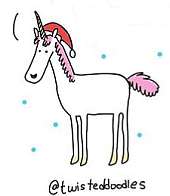 I reported that Maria Boyle twisteddoodles raised, and is indeed raising, two small girls who are within the normal range. Her twins [emphatically people in their own right] are now 5; so they were born in 2015 although the book was published 4 years later. It takes a lot of work to get your blog, or your diary or your tweets into a coherent form for long-form publication. My pal Russ has done it twice; I am far too lazy to leave 2 million blobby words on the cutting room floor and save 100,000 for publication. If the resultant book reads easy, that is testament to the author, copy-editor, agent and trusted literate pals. The Newborn Identity reads easy even if the team are careless about the accusative case for I. Colm and I puked in the washing-up basin is okay but Roisín puked on Colm and I is better written Roisín puked on Colm and me.

The family seems to spend a lot of time <frrpp> giving at both ends </frrpp> in a way that I don't recall while raising one chap in the 1970s and two girls in the 1990s. As Dr Boyle's day-job is all about disease transmission from contaminated surfaces, you might imagine she'd be able to avoid that sort of mess. Maybe contact with coliform is unavoidable. I guess such wearing events loom large in the script because they are more interesting than ordinary [in the sense of let us not live in interesting times]. I imagined that such a book would get quite a lot of traction among twenty-something women like Dau.I and Dau.II because it talks about the ups and downs of motherhood. But not so, both of them have read the book but it's not being passed rapidly from hand to hand among their pals.  Time enough for all that when the time comes, maybe? And I daresay that is an offensively patriarchal view of the centrality of motherhood among the cohort of potential mothers.

Two things strike me as being relevant commentary on the the zeitgeist of post-Tiger Ireland. One is the steady presence and availability of Colm, the twins' father. Maybe the gender wars have made great progress since my day, but Colm seems to do a lot of childcare and maintenance; as well as being a sort of loose-cover protecting the furniture from baby-barf. He's a keeper!

As well as growing two new humans, Maria and Colm are forced to look from new accommodation during the twins' first year about the place. Why? Because their landlord wants to sell the house and get a return on his investment. WTF?! Why is property privileged over people in the Irish Constitution? I was caught up in a draggy cycle of rent-hikes and evictions through the 00s because of the commodification of domestic property. If such buildings are seen as an investment, financiers will out-pocket families. M&C, both working full time, could only contemplate acquiring a [mortgaged] home of their own because of financial support from both sets of grand-parents. For that reason, The Newborn Identity should be required reading for all members of the government.

More Women in Science
Posted by BobTheScientist at 07:42