Morning folks, it's Solstice! and how are we doing on watching The Giant Conjunction? Tonight is as close as Saturn and Jupiter have [apparently! they are never closer than 700 million km in their terms] been since 1623. We've had, since the 18th, two of our grown-up childer on site to share the wonder but it's been miserable viewing weather for star-gazing. Last night, after a brilliant crisp sunny outdoor-work Sunday afternoon, I had great hopes for the evening show. But although Mars and the Moon were early visible high in the sky, a thin miasma of horizon-hugging cloud over the Kilkenny shore occluded Saturn and Jupiter. Dang!

Miserable? Did someone say miserable? Not me! Apart from having the dearly beloved Dau.I&II home for Christmas [my cup runneth over] I've had a real great lockdown. I've been legitimately allowed to do nothing at all for much of the time: unless I feel like a yomp up the hill, or some logs need splitting, or the drains cleaning, or The Blob a-writing. Two months of Saturdays since I R Retire. But m'pals at Metafilter have been reflecting on how children are handling the pandemic: not very well in some cases. Because their time-scales and grasp on the world are different from ours. Gdau.II was due to transition to school this last September, and did, but her experience has been, shall we say, weird; and a substantial fraction of her life has been spent unable to hang with her peers. A peculiar (and life-changing?) New Normal.

I think we all have a story of misunderstanding some aspect of the external world because, as children, we lack experience to give context. On Sunday 4th Feb 1962, when I was 7½, I was not paying much attention to the 6 o'clock News, when they broadcast a segment from India, showing crowds of people wailing and throwing dust on their heads. The magisterial BBC voice-over explained that tomorrow, 5th February all the classical planets would be in conjunction: 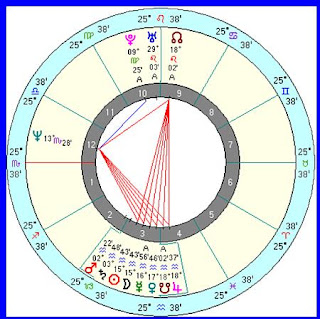 Well, I woke up the next morning in a state of existential dread! and spent the morning wandering around, on the edge of tears, silently saying goodbye to things. My anxiety neurotransmitters were up to ninety, and it was hard to walk so heavy was the slump of shoulder. When nothing happened by lunchtime, the cloud lifted a bit. I won't claim to have questioned where on the planet that aligning Noon was going to happen with a clap of thunder and the bray of terminal trumpets. Apparently the line of totality was almost entirely across the Pacific: with hindsight, I could ask what the lads in India were making such a fuss about. It never occurred to me that I could share my worries with other people at home. Imagine what it's been like for 2020's introspective 7½ year olds. Nine hours of worry were exhausting; nine months must require drawing deep on their reservoirs of calm. Let us all be kind to tots and cut them some slack?