Q. What shall we call it?
A. fúlmár = “stinking mew” - náti = “foul” - havhestur = “horse of the sea”
!depending on location and context!
Name of something or someone is more than a label; it is, or becomes, freighted with meaning. A couple I know, occasional blob-readers were so cognisant of this power that they were tongue-tied for months in the matter of the naming of their first born. They eventually saddled the chap with Aimheirghin after the Milesian bard, he of the white knees Glúingel. Bard /druid / judge was a hard act to follow and . . . the very divil to write on the front of every copy-book in national school. But Aaron wouldn't be the same thing at all except as to sound. 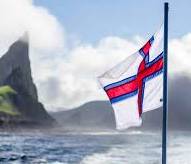 I've pondered these issues before but was triggered by a longish essay by Simone Kotva about naming birds in Faeroese. Although Latin is excellent for communicating with The World - where Fulmarus glacialis is agreed by everybody to represent a particular species of sea-bird, it tells us very little about how the bird behaves, where to find it or what part it plays in the ecosystem or economy. That's not always true: Drosophila melanogaster (the black-bellied dew-lover) tells us something about its way of life; although the English common name fruit-fly also informs. Dick Feynman's dad famously sounded off about the irrelevance of the name to emphasise the importance of paying attention to the world around you: “You can know the name of a bird in all the languages of the world, but when you're finished, you'll know absolutely nothing whatever about the bird... So let's look at the bird and see what it's doing -- that's what counts.” [blobefore with vid-link].

Kotva gets close to the touchy subject of the eskimos have 40 words for snow [blobboprev] in a paragraph about puffins "puffin is known by the handbook as lundi, the closest to a general name for the adult bird. Historically, however, lundi refers primarily to the bird when cooked and stuffed with cake batter. A migratory puffin, by contrast, was called klædseksdrongur, or “luggage boy” (because it announced the arrival of the larger arctic skua) and a puffin in winter plumage was a høganevið, while a young bird was a vangagrái and a young bird “fallen on the field or into a river” was an áarpisa—finally, an old non-breeding puffin was known as karkarakkur, on account of its long, curved outside claws, a danger to fowlers".  We do this a little in common talk: cow, bull, bullock, heifer, calf, freemartin, ox; (not to mention Hereford, Angus, Dexter, Friesan) all refer to Bos taurus but each word represents only a subset of the species. I get the sense that the naming of parts in medieval and early modern deer-hunting and falconry was far more detailed, fussy and nuanced than those endeavours are today. If you've never eaten venison let alone gralloched a hind you really don't need to know all that.

Like the world's minority languages, which are dying at the rate of one every fortnight, we should be grateful that someone is taking the trouble to listen and record what a retired Faeroese fisherman calls the various birds which he has been observing since he was a nipper. It is more important to listen to the oldest inhabitant in oral rather than literate societies. Celebrate diversity now, they're not making any more of the stuff. One of the small-small things that inspired me to become a biologist was An Englishman's Flora with its evocative lists of names of common or hedgerow plants. In Ireland rural children have an impoverished vocabulary to work with because they no long work or play in the environment which surrounds their homes. Mammy drives them to school and they find Xbox more rewarding than feeding the hens or picking fraocháns.

I was delighted when Kotva used the word kenning in the context of Faeroese ornithological naming. Because, as I wrote about kennings at the very birth of The Blob,  a kenning is a phrase used widely in Norse, Anglo-Saxon and Greek narrative verse which conventionally and metaphorically names persons and things. For Homer the sea is usually οίνοπα wine-dark; Beowulf will travel the hron rad [whale-road] on his byrviggs [wind-horse] to bury his it dýra reyr dylgju [the precious reed of enmity] or hjálms fyllr helmet-filler in Grendel's head. Heck, I can taste the salt on my lips and I'll need conditioner when I next wash my hair.

The original Sealanguage essay flagged for me on Metafilter where one plaintiff commentator drew attention to the pernicious use of names and labels in the LGBT world. Last year in a Blob about pronouns, I touched on the daily horrors experienced by people who are othered by straight white patriarchs. As the patriarchy is quite a small and self-select group, The Others make up by far the majority of people on the planet.
Posted by BobTheScientist at 07:32