I've been a bit of a fan of Jacob Rees-Mogg and John Bercow because they have made parliamentary  democracy less dull across the water in London. I was therefore interested in the valedictory remarks of JRM about JB when the latter ended his decade as Speaker of the House. I knew it would be erudite and witty, and respectful because good manners is important to people like that. I was surprised when Rees Mogg claimed that the principal function of parliamentarians is to seek redress for the real or perceived the real wrongs of their constituents. Whoa Jake, what about steering the ship of state? keeping checks on the current government? making sure that legislation is fair and fit for purpose?

ReesMogg was alluding to his campaign to override the evidence-based decision of the National Health Service to not pay for Brineura, an extremely expensive therapy for a rare [maybe 40 cases in UK, 4 in Ireland?] neurological condition called Batten's Disease from which one of Rees Mogg's constituents suffers. All those with Batten's Disease are young because it is invariably fatal within 3 decades of being born. It is rare that any of them get to vote, either because of death or because a catastrophe of seizures, decline in speech, loss of mobility, involuntary muscle spasms, progressive dementia and visual impairment all conspire to make voting the last thing anyone in that home cares about. Batten's is a lysosome storage disorder brought about by a deficiency in one of the several dozen enzymes that do their work in those tiny sub-cellular blobs. I wrote a tutorial / Exec Summ about the various therapies that are coming on stream to alleviate the perfectly dreadful symptoms of some of these conditions. 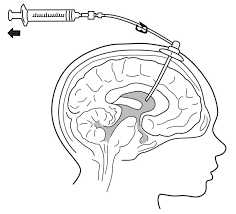 It's big ask: science has to deliver a replacement enzyme to most of the cells in the body, encourage it through the cell membrane and then through the lysosome membrane without getting waylaid, degraded or misdirected. Actually, in the case of Batten's the drug of choice, Brineura, is delivered by a syringe-pump through a catheter direct to the middle of the child's brain. The mechanism is [obviously?] permanently attached, with a new cartridge of Brineura clicked into place as required like toner in a printer.

And for why? So that a tiny number of tiny people can have a fairer chance at a longer, fulfilling, pain-free, uncompromised life. That's really worthy, who wouldn't want that for a child? But these therapies are still quite hit-and-miss and never as good as a fully functioning natural gene making just enough of the right enzyme to work its clean-up magic.

Let's first guess the bill for the R&D.  The road to develop a successful product is paved with mis-fires, dead-ends, failures and hair-tearings. Drug development costs are rocketing skyward, currently estimated on average to be $2,600,000,000 which needs to be recouped from each product that finally passes through the FDA and EMA [European Medicines Agency] approval process to The Market. That is the R&D cost, but The Market has to satisfy the manufacturing, marketing and distribution costs; the desire for profit; and the venture capitalists want a return on their investment. So BioMarin, the Pharma company that owns the intellectual property and the licence-to-sell, has a shit-ton of investment [$700million last year] that needs to be recouped . . .  across a very small select market.  Maybe 10,000 kids with Batten's in the whole [paying] world - excluding all the Battenistas who are born in the third world with no hope at all of paying for the therapy. The equation

investment < cost per dose * life-expectancy-on-drug * # patients
yields the marketeers from BioMarin a figure of $£€500,000/yr for each customer. Even in the [paying] world that is more than any family dependent on a salary can pay. So the tab has to be picked up either by an insurance company or the Government.

But there have to be some standards before tax-payers foot the bill for medical interventions. In the UK the gate-keepers on payment are NICE National Institute for Health and Care Excellence. That's quite different to the EMA which keeps tabs on the safety and effectiveness of drugs. It's three tier in an ideal world:
In February, there was bad news for the 1,000 UK families with Batten's in their midst when NICE decided not to authorise the funding of Brineura. It's mainly because a) it costs so much and b) there is only evidence for short-term benefit. The long term effectiveness and extension of high QALY life is much more open to question and BioMarin was unable to satisfy NICE or the NHS that Brineura was anything other than kicking the can down the road: where The Can is a child. “However, in the absence of long term evidence about its effectiveness in stabilising the disease and preventing death, and having taken all the health and non-health-related benefits of cerliponase alfa [that's Brineura] into account, the committee considered that the drug was not a good use of NHS resources,” That decision, on some level, 'saved' the NHS £20,000,000 . . . a year! That's a lot of sugar. £20 million will put [pick one or mix-&-match]:


Where does Jacob Rees-Mogg get his oar into the story? Well, one of his constituent (a young chap called Max Sewart) has Batten's and, in July 2019, the Mogg was able, with Speaker Bercow's imprimatur, to secure parliamentary time to urge the Health Minister and the NHS to come to any agreement with BioMarin that would supply Brineura to his constituent. His speech was peppered with numbers but is essentially an emotional appeal to secure preferential treatment for His Boy. I also know a very nice boy, currently in a horrendous spiral of destruction, addiction, self-harm and court-time who could really benefit from a few hundred €uros worth of support, evaluation and treatment. Without it, I fear that he'll be damaged beyond repair or dead before young Max. But that's the un-sexy end of health care provision, though, so Minister Simon Harris ain't going to break the rules on that story.

This essay draws a parallel between the negotiations with BioMarin over Brineura and Vertex over Orkambi, the cystic fibrosis which was approved in Ireland by Simon Harris, the Populist Health Minister, over and against the advice of experts and officials in his own department. Rees-Mogg and Harris will probably benefit in the polls for these preferring shameless appeals to emotive arguments rather than sober sifting of evidence, cost-benefit analysis and QALYs. One peculiar fact is that from the same data, some countries decide that a new drug will be paid for by the state; while other countries say no. QALY is an imperfect measure but at least it aspires, as does NICE, to be a fair and objective way of allocating the limited amount of money which the electorate is prepared to fork over in taxes. Brineura is approved for selling, though, and if Rees-Mogg really believes in Brineura, he may consider paying for young Max's treatment himself, hmmmmm?
Posted by BobTheScientist at 07:09