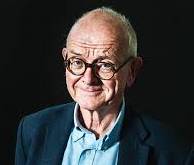 It's nearly 5 years since I read, and reviewed, Henry Marsh's [R prev, with links to interviews with, filmlets of and long-form articles by] last book Do No Harm. Marsh retired recently from working for the NHS as a brain surgeon; but I believe he still comes into theatre sometimes in London or Kathmandu. He's also on the lecture circuit, in the UK and abroad, talking to medical students about [over-]confidence, transparency, paper-work and trust. Do No Harm was an international best-seller, so there will have been pressure on the author to dig out another bookful of anecdotes, opinion and reflections. Admissions is the result, the clever title being due to Marsh's second wife, social anthropologist and author Kate Fox. Me, I'm more interested in the anecdote Admissions (the patients, their cases, their outcomes and the lessons to be learned) rather than the introspection Admissions (confessions to many of the deadly sins and nightmares of guilt about all those who have predecesaed the author]. Nevertheless, even the second eleven trawled from an interesting life is worth reading. As in his last book, Marsh is eminently readable so I motored through Admissions in a couple of evenings; you could do worse.

If you're a health administrator - and there are a heluva lot of them now - you might reflect on how policies designed to keep accountability and balance the books can undermine trust among the front-line staff. Under an NHS  diktat called the Duty of Candour, surgeons are compelled to apologise when mistakes were made, but it is hard to reconcile that compulsion with "for an apology to be meaningful it must be genuine". Maybe a new generation of surgeons, trained in candour and humility, will be more sincere in shouldering responsibility when things go wrong. But elsewhere, Marsh reflects on the positive benefits to patients and family when young doctors are confident and decisive even when their lack experience should tell them that they are still learning their trade the hard way.

In a long saga of a whiplash claim and counter-claim that brought Marsh to compo court and many lawlerly offices he thinks "The principal consequence of that trivial accident . . . was not just the plaintiff's pain and suffering, but also the Babylonian marble offices where we were now meeting".  Of course negligent doctors must be brought to book, to alert the system and stop that sort of thing recurring. But shit happens, even in the best run and most competent surgical theatres and it is ungood if more and more of the national health spend is converted into lawyer's Porches through spiralling insurance premiums. Quite apart from taking the Effectives away from work in hospital to attend endless hearings where suits are paid by the billable hour.

Neurosurgeons are well compensated, even when the cash is top sliced for insurance and tiers hospital administrators. Cash has allowed Marsh to indulge in an almost pathological acquistion of stuff. Late in life he taught himself to become a wood worker - complementary to handling far more wibbly-wobbly material in his day job. He has several chain saws, banks of chisels, boxes of clamps, handfuls of hammers, mallets and punches. His father used to collect antiques, when much of it was called "old junk" and could be picked up cheap. Marsh Jr. has gone for a redundancy of tools and a library of books which he will never read again. " It often seems to me that happiness and possessions are like vitamins and health. Severe lack of vitamins makes us ill, but extra vitamins do not make us healthier. . . possessions do not make us happier".  Amen, brother Henry!

If you're into end of life issues, you might catch Henry Marsh's review of  oncologist Azra Raza's The First Cell: And the Human Costs of Pursuing Cancer to the Last. It reflects on the fact that 75% of a white Westerner's life-time health spend is shovelled out of the inheritance pot in the last six months of poor quality life.
Posted by BobTheScientist at 07:16