Shield of doubt, Spear of truth

Armistice Day, Veteran's Day,  Poppy Day! And the war is not over. The war against certainty, intolerance, ambition and hubris in ON. Armistice Day has itself been a trigger for intolerance, conformity and tribalism. My echoed advice for today is to pause whatever you are doing at 1100hrs local time and take one minute to remember people who died so that you have the freedom to do whatever you want at 11 am on a Wednesday in November. It just takes a minute of your reflective time, just 10 or 15 breaths, and then you can go on with your day. It's a little thing, that might do some good for your soul and can do no substantive harm - like wearing a mask in the shops.

As promised 24 hours ago there was a joint meeting last night of the Wexford Science Café and the Wexford Science Festival: Going Viral: The Trials & Tribulations of COVID-19. Just over 30 people registered for the event - and turned up; and there may have been extra rellies on the same sofa at homes across the county. It was well timed because our symposium occurred mere days after the announcement of a new vaccine, which trials suggested might be 90% effective. We spent a little time discussing / explaining the details of this trial and how "90%" was arrived at. We didn't get down to detail-detail like 90±???% but the talk did lurch off towards the politics of the timing of the announcement - just after and not before the US Presidential Election was more-or-less decided.

But the take-home for me was a call to arms by scientists to other members of their tribe to start making the voice of reason heard. That requires the marshalling of evidence, the sifting of data, the integration of results, to make conclusions that are useful [and utilitarian, greatest good for the greatest number, if you are me, ymmv] in the current crisis. If we don't speak, then other voices will fill the vacuum with emotive appeals to nonsense, woo-wah and demonization. This is not to say that there isn't a mort too much specious certainty and drum-banging by some of those who wear the white coat. As soon as you hear Professor Gruyère getting ranty about masks, you may suspect that the evidence for masks is as flimsy as my bandana. That's what people do when they are certain but the data is weak - they raise their voices. Do wear the mask though, it's a little thing, pour encourager les autres.
Silver lining front. This pandemic is a threat an opportunity to mobilise our thoughts and articulate our considered findings about items on the agenda which are actually far more difficult to handle: climate change, extinction, bloody tribalism.  Bloody tribalism aka othering starts with homelessness and direct provision: it is only a quantitative difference between emergency accommodation in the Gresham Hotel and Hotel Rwanda. 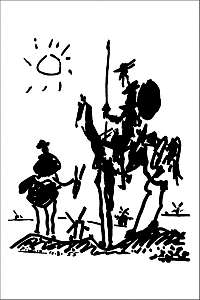 Evidence only, folks. The problem is that evidence accumulates and it is often contradictory, especially if the sample is small because the bean-counters have only authorised a half-arsed study. But whatever the difficulties and hard work, we need a holistic solution: one which allocates the effort, the money, in some sort of rational way [utilitarian, if you can bear it, is a place to start]. Otherwise, we will win the battle, against Covid-19, but lose the War on Cancer, say. And holistic bean counters have a role: it is a waste of money leasing wards from private hospitals if there is no budget to hire repatriating medical staff.
I was sufficiently inspired by some of the articulate science as a way of knowing advocates last night that I left a zoom-comment "I have my Spear of Truth and Shield of Doubt, I just need a horse". Before lights-out, The Beloved, who was about her own business during Going Viral, asked how it had gone . . . and what we were going to do next. That puts a finger on the pulse! We don't need another talking shop if it serves only as catharsis. Action is required from me, and you. Then I had a dream about arriving at the Pearly Gates and accounting for my actions. I doin' a'righ'. Insofar as The Blob is a voice of reason and science, then I might have put in my Gladwellian 10,000 hours on the project. If that work is at the minimum wage (and it's not worth more!) then €100,000 has been thrown into the scales against the windmills of woo-wah.
My mention of horse brought to mind Roy Campbell's thrashing of fellow South African writers for being cosy self-regarding cherries on a seething cake of apartheid:
You praise the firm restraint with which they write –
I'm with you there, of course:
They use the snaffle and the curb all right,
But where's the bloody horse?
Posted by BobTheScientist at 09:25