I feel my pain not yours

My attention was drawn to this piece by Anand Giridharadas about the [willful, lazy, pathological] inability for some people to correctly pronounce the names of The Other. The trigger for that article was a cheap shot by Sen David Perdue [R. GA] referring to fellow senator, and Democratic VP-hopeful as “KAmala? KaMAla? Kamala-mala-mala? I don’t know. Whatever.”  Giridharadas coined a useful distinction between Mispronunciation and Dispronunciation where the Dis is the same as in Disrespeck. There was a good bit of commentary about Kamala.vs.Daenerys in the My attention was drawn source; including one comment from a bloke similar to myself: sharing his experience of having his (more or less Anglo; more or less similar to a commoner variant) last name mangled. Boy, was he was told to get back in his box from several quarters: his experience as a white dude was as nothing to the pain experienced by Kamala Harris and POC on a daily basis. These critics were apparently super-certain that they knew all about the calculus of distress and could sit judge-and-jury to tell others how much it hurt. I beg to differ. When folks mangle my [Anglo-Welsh] last name it doesn't worry me one jot, but it might well  distress a Patriarch more invested in his patrimony. Right at the Birth of the Blob, I wrote a heartfelt piece about endemic racism in Ireland: I don't feel it but I know when it happens and I can/shd call it out.

Now we're 2 weeks into a second lockdown and the government has learned a little about how to do it better, or at least different. But we're still a ways from evidence-based decisions.  Last time, while squash was forbidden [indoors, heavy breathing], tennis was allowed [because flying spittle would get caught in the net]; and soccer was prevented [because contact] but golf [a good walk spoiled] was allowed. That raised a huge shout-fest because it looked as if nobs' games like golf and tennis were getting a free pass while yobs lads couldn't play street soccer. Quite apart from the politically disastrous Golfgate scandal! Optics rule this 2nd time and golf is stark verboten. 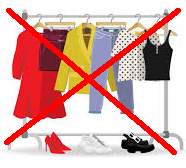 Essentials? I'd be pretty strong on things that are not essential - television, lattes in cardboard, sliced pans, tequila, rice-cakes, gymnasiums, microwave cookers, facebook, pole-vaulting, baby-food, home-work . . . so it's just as well that I am not Gauleiter des Wesentlich or even on the committee which is deciding these things. Clothes are apparently not essential on the grounds that The Man can go six weeks without having to buy new clobber. But, wait, The Man has a wardrobe full of suits and his wife keeps the underwear drawer stocked and he's not too leaky and the washing-machine works and he's not growing like a teenager. The Man here is not the Minister of Essentials but a committee of people at the government trough, with a collective salary well North of €500,000/yr, none of whom has spent a night in a Direct Provision Centre. The single mum in a B&B hotel room with two small kids, what does she do when her chap's only pair of trousers get ripped? Send him to school in a sheet, because it's Hallowe'en??
And the commentariat very quickly got boring re-re-re-churning the "fact" that you can browse for a new coat for your Jack Russel - because Pet Shop; but you couldn't do the same for the kidders - because Penneys.

It's like the crazy world of exemptions from VAT. Or the shameful special case made by Simon Harris for Orkambi, against the evidence-based advice of the officials who were charged to make these damn-difficult decisions. A committee is better than Chairman Mao or Joe Stalin or Eamonn deValera looking into their cold and cranky hearts to decide what's good for The People. But the committee is still limited by their imagination and experience. Committee? In the 00s, the Irish Committee on BioEthics met round a table to thrash out a standard text for AHDs Advanced Healthcare Directives aka Living Wills. The substantive part of the document was Socratic questions: Did the aged punter want / not-want: antibiotics, blood transfusion, CPR, dialysis, intubation, etc. ? There were several doctors on the committee and their collective imagination tried to tick off the commonest end-of-life issues from their experience. It wasn't so stated but I could imagine them thinking "if we can cover this handful of commonest end-of-life events then we'll catch 95% of the questions that will need resolution". It wasn't worth agonising about edge cases like Whipple's resection of the pancreas because the intersect between a) people with an AHD b) people with a particular form of pancreatic cancer was vanishingly small.

That sort of quantification about the relative risks of various actions / inactions seems conspicuous by its absence in the diktats by The Minister of Health, Economy and Thought-control. On the one hand we are expected to use common sense while simultaneously we are schooled like kindergarteners to heed seemingly arbitrary regulations that are disconcertingly rigid and demonstrably unenforceable at scale.

With 40 million cases, each caught somewhere, and > 1 million deaths, someone will have done that analysis. This from El Pais is a good start at a reality check. The specificity of 6 feet or 15 minutes or 2 metres is not usually matched by equivalent levels of risk: 1%, 10% 50% 90% 99% chance of copping a 'Rona, why not?
(*) The case of a salt shaker as a fomite in one case in Germany is circulated far too often and in a most unhelpful way. The evidence is that fomites with transitory contact from an infected person [like all your groceries if an (asymptomatic) shelf-stacker is positive and working] are vanishingly unlikely to transmit to you.
Posted by BobTheScientist at 07:18