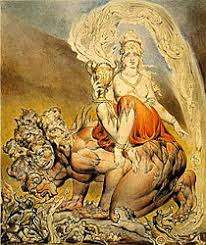 . . . the fifth of November that would be today
Gunpowder, treason and plot. That's all I ever knew; there's a lot more doggerel.

Eee when I were a lad in Olde Engalande, Hallowe'en was not part of the calendar at all at all. But like early churches being built where druids used to have their mistletoe Viscum album and yew Taxus baccata groves, many elements of Guy Fawkes Night were clearly robbed from the Winterfest of Samhain. Bonfire Night is still hanging in there in England, according to The Boy, who lives there. But the market value of Hallowe'en means that the older festival, in its modern [pumpkin, costumes, trick-or-treat] guise, is making a come-back. It is quite possible that Hallowe'en will engulf and subsume the more recent [1605 AD is more recent than 1605 BC] holiday.  And a good thing too!

When I were a nipper, the key elements were a) bonfire b) guy; the latter being a saddo scare-crow made of minimal old clothes stuffed out with newspaper and dragged round the neighbourhood as a vehicle for begging: "A penny for the guy, missus".  On the Big Night after dark, the guy was installed on the top of the fire and the whole thing burned like a medieval martyrology. The original plotters were English Catholics who wanted to fire the current monarch [prev] back to Scotland ("to blow you Scotch beggars back to your native mountains") and rustle up a Catholic King even if it was Felipe III of Spain. So there was a strong anti-papishes under-current in the first ~300 years of Guy Fawkes Nightism. By the time I came on the scene 360ish years later, that Catholic element had fribbled to nothing and it was just the bonfires and a fire-work display. I show a picture [William Blake] of the Whore of Babylon to remind us all that was Rev. Ian Paisley's pet-name for the RC Church - the innocents Up North haven't grown out of the catholic boogieman mentality even now. So it's probably safer in Ireland to do Hallowe'en even if most of the cultural tat has been lifted wholesale from America via The Brady Bunch and The Lucy Show.