"Biographical history, as taught in our public schools, is still largely a history of boneheads: ridiculous kings and queens, paranoid political leaders, compulsive voyagers, ignorant generals, the flotsam and jetsam of historical currents. The men who radically altered history, the great creative scientists and mathematicians, are seldom mentioned if at all." - Martin Gardner [prev tribs]

True dat, Mr Gardner. I was down with Pat the Salt this week wearing my caring mask. I heard that libraries were going to be shuttered for the current six-week lockdown, so picked out a couple of books to take away for light bedtime reading. There was plenty of my sort of book choice because that home-library had been accumulated, mostly 2nd hand, by someone of my generation. Since 2016, I've been intending to re-read Nevil Shute's post-apocalyptic On The Beach but that ending was toooo bleak for present-pandemic and so I snagged Marazan [spoiler], his first published novel, and Slide Rule, his autobiographical account of British aviation 1920-1940. 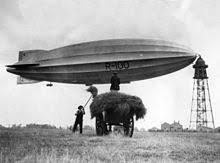 It turns out that writing ripping yarns was just a hobby for Neville Shute Norway, his core business was working on the design of R100, a hydrogen filled airship for Imperial communications, where he was the Chief Quant. R100 was designed and built to government contract by Vickers-Armstrong, the Tyneside armaments firm. In parallel, the UK Air Ministry itself was developing, to the same specs, the R101. For Shute, like Tim Harford, a firm believer in market forces and entrepreneurial derring-do, the government run R101 programme suffered from bureaucratic bloat, group-think complacency, gross inefficiency and insufficient independent oversight. Because the R100 Vickers team were checked by share-holders and accountants, they had to take ownership of their designs and be really creative in finding efficient solutions to a truly massive, cutting edge, engineering problem. Cost over-runs were not a real problem for the lads on Team R101.
A slide rule [bloboprev] was the standard tool for making the long&laborious calculations so that the 3-dimensional stresses of compression and tension struts equalled out to zeroes. They needed a lot of paper and clear hand-writing and all the calculations were made independently in duplicate. CAD? Calculators? Spreadsheets? Monte-Carlo simulations? Nope! They were all in the far distant future. The slide-rule was more efficient for multiplying two numbers than looking things up in log-tables, let alone doing six digit calculations long-hand. And a slide rule gave sufficient accuracy for engineers. If students had to use slide-rules today they'd have a much better feeling for the numbers that they write in the reports and exam answers. Otherwise nonsense.

The >!poof!< of the pudding is that R100 was first off the blocks and made a successful round-trip across the Atlantic to Canada in the Summer of 1930. That put it to the R101-opposition to go on their own first long-distance Imperial Connect, before they were really ready for it. R101 had an Airworthiness Certificate on paper, but hadn't really been properly inspected or had sea-trials. On her maiden voyage that October, R101 broke apart in a storm near Paris, crashed to the earth and went >!whoomph!< in a ball of flame. Remarkably 6 of the 54 people aboard survived. Among the dead was Christopher Thomson, the Air Minister, who had bullied management into over-riding any misgivings of the engineers, so that his trip to India could fit into his political schedule that Autumn. The R101 disaster put the frighteners on the Brits and R100 was scrapped to give a 0.1% return on a £600,000 investment of tax-payers money. 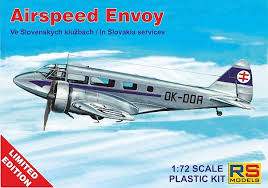 Shute/Norway then went entrepreneurial himself to co-found an Aircraft design and development company called Airspeed. In the early 1930s, you could build your own aeroplane in a shed and plenty of people were having a go at the business. It was a young man's gig, because you have to believe in personal immortality to take-off in something that you'd built yourself from spruce, wire, chutzpah and canvas. The company was seriously under-capitalised but they were really confident in the elegance and functionality of their aircraft. The Airspeed Envoy and it's development the Airspeed Oxford were the most successful of their products. 8.750 Oxfords were built and flown all around the World during WWII and afterwards.

Slide Rule gives a really interesting account of how hard it was to get anyone to venture some capital rather than jumping on the band-wagon after all the heartache. Government Enterprise Boards, and banks, is seriously seriously risk averse and so berluddy useless if you have a really innovative project to fly. Shute/Norway's experience was that useful risk-takers are those who have windfall capital at hand and are prepared to lose a small part of that loot on a bit of fun. Often these people would like to give back to the local community in the form of jobs and see their disposable cash as lubricating that public good. Writing Slide Rule in 1954 in austerity Britain, when WWII rationing had just ceased but taxes were high, led Shute/Norway to castigate taxation that sucked up capital and didn't use it efficiently. He would have loved Bill Gates.