You see from the Headline that, imo, Science Matters. But the Arts Block matters too, because Science is just A way-of-knowing not the only one. Science has little useful to say, for example, about compassion, fury or injustice. In my work at The Institute, I spend a lot of my billable hours reading "English" as written by students, many of which didn't do very well in school. If they'd done better in school, they'd have gotten bigger points on their Leaving Certificate and gone to TCD or Oxford. I edit student's work with a light hand, because I want to nurture their passion for science rather than getting all their apostrophes in a row: ' ' ' ' ' ' '. I've written before about the sad sack Apo'strophe Nazis, who are picky about such matter's with barely literate young adult's. Reminds me of Emerson's old saw "A foolish consistency is the hobgoblin of little minds".  Nevertheless, it's better if our students use correct spelling and grammar in, say, job-applications because it's self destructive to rile up your future boss if s/he is old school about apostrophes. But other attributes are actually more valuable in the workplace: punctuality, honesty, attention to detail, ability to get along with co-workers, commitment, loyalty, reasonably clean undies . . .

For normal people grammar and spelinge are important insofar as they help rather than hinder communication. Lawyers and legislators, writers of safety instructions, authors of technical manuals have work harder than the rest of us to ensure that there is no ambiguity. One of the axes with linguists describe their field is prescriptive vs descriptive. This short video explains the difference . . . and also deals with prescriptive [please do this] vs proscriptive [do not do this] which wasn't clear to me the one time I used it before. I suppose that students of linguistics talk about "them dirty descriptivists" and "those doctrinaire know-it-all prescriptivists". You may gather that I'm on the descriptive side of the fence because I know that shifty words change their meaning as we evolve and develop. Dapper means 'brave' in Dutch but merely "fastidious" in English. Slim is 'cunning' in Dutch but 'unfat' in English.  Just sticking with English; nice evolved from meaning  ignorant or boorish to excessively luxurious to refined to vaguely positive.

Noah Webster, the definitive American dictionarist claimed to be a descriptivist: A lexicographer's business is solely to collect, arrange, and define the words that usage presents to his hands. He has no right to proscribe words; he is to present them as they are. But he was deluded in himself because he was the central figure in giving Americans a not-British set of spelling conventions: labour licencsing organiszes travelling catalogues 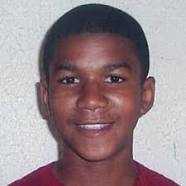 I was given a late bday present of Linguistics, why it matters by Geoffrey Pullum, which is refreshingly descriptivist in tone, pulling up The Man for condemning people what don't talk proper.  He cites a case where the evidence of a key witness in a murder [of Trayvon Martin, R] trial [exec summ] was dismissed because it was given in AAVE AfroAmerican Vernacular English. That dialect was briefly termed Ebonics until it's use was caught up in a political frenzy of correct usage 20+ years ago.

Pullum was compelled by Polity Press the publisher to limit his gab to 25,000 words, which he found quite constraining because his erudition and love of language encourage him to rabbit on a bit. But Polity reckoned they could only shift a profitable number of books (on Linguistics FFS!) if it didn't weigh too heavy on the mental and attentional capacity of potential readers.  Perhaps because of their editorial strait-jacket, it reads a bit disjointed with some chapters
Chapter 1: What Makes Us Human
Chapter 2: How Sentences Work
Chapter 3: Words, Meaning and Thought
Chapter 4: Language and Social Life
Chapter 5: Machines That Understand Us
more accessible / enjoyable-to-me than others.

If you read it you'll be empowered: you can start a sentence with "And" or "However" because numerous fine authors have used that construction. And there are perfectly legitimate sentences that end with a preposition. Pedants who tell you there are a rule against this had been hobgoblinned.

Pullum's name rang a tinkly bell but I couldn't place it until he started in Chapter 3 about Fifty Eskimo Words For Snow which I wrote about in February.  I have also been guilty of a false dichotomy between Arts and Science. When Pullum writes "How likely is that grammar rule R is correct, given that we find E evidence of how people speak and write?" . . . "How likely is it that evidence would look like E if grammar had rule R?". That what we do all the time in science, make observations to try to make sense of some aspect of the universe we live in in which we live.
Posted by BobTheScientist at 07:38