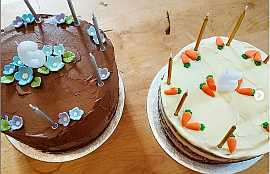 I was at this birthday gig last month and was asked to blow out the candles. That was easy because it was outside, with a stiff summer breeze and t'buggers wouldn't light. Actually, because Dau.II aka Cookie likes to stretch herself, there were two cakes with candles [R]. When I worked in Rotterdam, the custom was that, on your birthday, you'd bring in a kratje bier (Grolsch or Heineken) to share with yer mates. I think that's the right way for the gift traffic - there is nobody as grateful for clocking off another years with continued use of the legs than the birthday boy. Of course the case is altered if birthday boy is 6.50 rather than 65.0. Anyway, a goodly and open-handed number of my friends&relations came bearing gifts, one of which I've just finished reading. 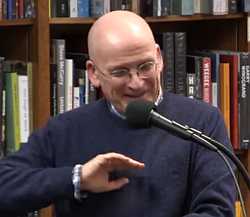 Charlie Savage is the latest book by Roddy Doyle, Dublin's own author of fiction: stories, novels, plays, screenplays. Doyle is a bit younger than me but he started writing full-time in the early 90s just after I started living in [Northside] Dublin. That contemporaneity and the fact that we were both transitioning out of the teaching profession resonated a little with me although the language of working class Dublin was alien and little bit quaint. He must have a better ear than me to catch the slang and the intonation so well.

It could be claimed that science works through attention to detail whereas literature, of it's worth a print-run, looks at universals. It's not so much what happens to Madame Bovary or Cap'n Ahab as how their actions and reactions reflect on the human condition. Charlie Savage stopped me in a few places with the thought I wouldn't be making much of this literature if I had lived in Buenos Aires or Melbourne all my life . . . because the references were so local and so limited to North Dublin culture. Another slightly jarring trope was repeating the same fragment of story several times. Then I thought maybe this is a clever self-referential writely device to indicate that 60-something Charlie is beginning to lose his marbles. Despite all that, I enjoyed the book; it was funny, in an ironic self-deprecating way and showed how working-class Dubs like Charlie had come a long way wrt to civil rights, gay rights, and equal rights all round. His youngest daughter is a single parent who gives him the hairy eye-ball if he lets slip some sexist cliché. Jokes and innuendo about the place of women that would have been stock-in-trade when Charlie was a nipper have gone with the dinosaurs.

These criticisms (the local-ness and the repetition) were clarified when I read the jacket blurb after O finished the book. There it explains that the book is a collection of weekly columns for the Irish Independent - I should have twigged from the fact that there are 52 chapters, all of suspiciously the same length. You know what it reminds me of, in its capture of a time and place in a series of telling vignettes? Mrs Miniver by Jan Struther; which captured 1940s middle-class England. Don't bother with the film, get the book out of the library - especially if you've passed your 100th birthday: it's your time all over again.
Posted by BobTheScientist at 07:50