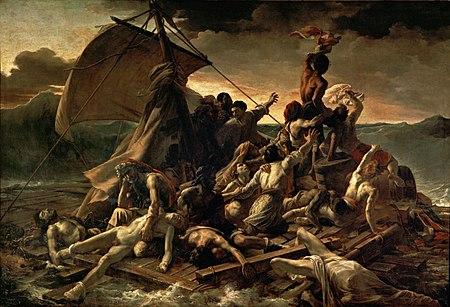 On this day 203 years ago, the French frigate La Méduse  ran aground off the coast of West Africa. It inspired the 27 y.o. Théodore Gericualt to paint his Scène de Naufrage [above], which captures the moment when 15 survivors were spotted by a rescue ship, the Argus, 13 days after a hastily constructed raft was launched into the sea with 150 people aboard. The rest of the 400 ship's company having piled into 6 boats with the intention of rowing to the African coast 100km away. It was a huge scandal for post-Napoléon France because the raft had been cut adrift from the boats, which had intended to tow it to safety, without adequate food or water for the company - cannibalism, fighting and suicide ensued. A mess! . . . but a great source of parody and pastiche:
Asterix 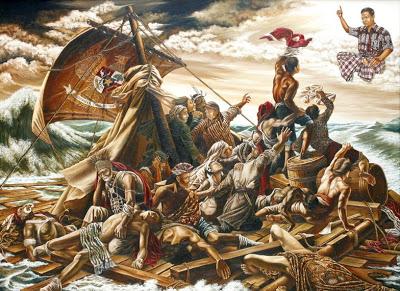 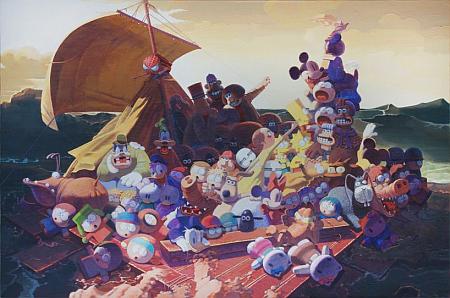 Don't do this a home kids. Or at least don't participate if you are small and weak.