St Greta of Thunberg was addressing the plain people of Bristol at the end of last week about the end of the world as we know it. Several blokes from the local area decided that the most appropriate response was to shoot the messenger. That is, of course, a metaphor; the actual responses spattered the target: some worse than mere shooting, other peculiarly graphic. It's hard to say which was the least objectionable contribution to public discourse. 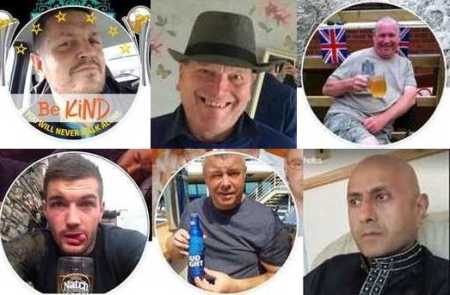 Your task is the match the comments to the face.
And the names: Anthony, Ash, Kevin, Kev, Max, Stevie
And test this hypothesis: the degree of hateful violence is correlated with the presence of alcoholic bevvies in the profile picture - presumably a key attribute of the perp's identity.
Answers in The Bristol Post. Ramifying comments on Mefi.