Whatever they say about six degrees of separation, I've noted before that 2° is plenty for Ireland. The last [small protestant family] funeral I was at, for example, I saw The Edge sitting on a wall the other side of the churchyard. I wasn't surprised because my second cousin, whose mother's passing we were marking, is married to The Edge's brother. Did someone mention U2? I was on the wireless last week listening to someone interviewing Dave Fanning. He is famous in Ireland for having his finger on the pulse of popular music. Forty years ago at the very beginning of RTE's 2FM pop channel, Fanning put in a plug for an unknown rock band from the Northside and thus gave U2 its first broadcast airtime. Since then, they have returned the favour by giving him first [worldwide] refusal for airing All their new material. So he's got a nose and a track record, but it doesn't always work out that what he likes takes the track-buying public's fancy.

Fast forward to 2016, Fanning is married with three kids. The youngest, aged 13 [R looking small & dozy], trawling through Soundcloud, comes across an arresting singer songwriter from California who is a couple of years older and really sings to Ms Fanning. The house fills up with her music - teenagers can be the teensiest bit obsessive - and it sort of sinks into Dave's marrow. As he surfs the music world for a living, he sees that the Unknown from the West Coast [UnkCA] is about to embark on a European tour and is booked to play Amsterdam in a few weeks time. The Fannings decide that they'll ALL go to Holland for the weekend. At the gig, there are maybe 30 people front-of-house including a middle-aged woman leafletting the tables. Being Irish, they say "We're from Ireland". The woman turns out to be UnkCA's Mom and she insists that they come back stage to meet the star turn. The concert is all that Ms Fanning could wish for, there is even some merch to acquire and the family go home on Sunday well pleased.

Next year, UnkCA is back on the European circuit and her best Irish groupies, all five Fannings, clock in at Milan. UnkCA is getting a bit of traction and there might be 100 people at the gig. Being old friends now, they hang out back-stage visiting with UnkCA and her family: roadie [Dad];  sound engineer [Brother]; publicist [Mom]. The craic is mighty, the merch is better quality and then it's time to go back to Dublin. At the end of the year Fanning is asked for his pop predictions for 2018 and give a puff for UnkCA. But nobody pays much attention.

The next year [you may detect a pattern here] it's Stockholm, the venue holds 1,000 and it's pretty much sold out. The UnkCAs and the Fannings are going great guns altogether and everyone has a wonderful time. At Christmas Fanning repeats his prediction for the Next Best Thing and this time his timing is spot on because . . . UnkCA is Billie Eilish aka Billie Eilish Pirate Baird O'Connell. In March this year she released When We All Fall Asleep, Where Do We Go? It went stratospheric: reaching #1 in the album charts in the USA and UK. She is the first person born this century to achieve that mark of success. If you haven't heard [of] her yet, you will Oscar, you will: Ocean eyes. 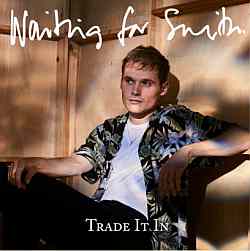 Good for Billie Eilish! But she'll have to move aside to make a little room at the top - there's space. The Dave Fanning prediction machine can be hit-or-miss. The Blob also has his finger on the pulse of the GenYZ music scene. I've mentioned Waiting for Smith before and before that but nobody has paid me any attention. They were at Electric Picnic last year. This is your last chance to be ahead of the curve, to catch the wave, before it gets ridiculously crowded with groupies from Ukraine and Waterford. First the back-catalogue:
Then the latest Smiffy release: Trade It In is on Soundcloud since a couple of days ago: get there quick before it wears out!.

Posted by BobTheScientist at 18:39