Only (some of) her rivers run free

Let nobody doubt that free-flowing rivers are highly politicised. Reflecting on the big ticket items . . . 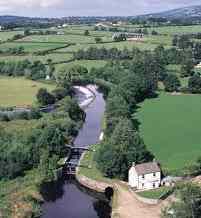 Or the Irish ecocrumps:
. . . you'd think that humanity had changed, changed utterly the running of fresh water across the entire planet. Running is the appropriate word because rivers run, yes, but we run businesses also; and we have looked on rivers as things to be used and exploited to suit human convenience and profit. Let the chips for the {alder | bacteroides | caddis flies | damselflies | eel | figwort | gudgeon | heron . . .} fall where they may.

Now a multinational group led by geographers from McGill U, Montreal have carried out a global inventory of "free-flowing rivers" and published their work in Nature. It's paywalled but the abstract and pixellated figures are available to all. It's not just the goddamm dams that inhibit free-flow: 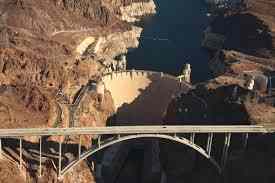 The McGilliQuanties have spent some time defining terms and applying weightings to their base metrics so they are comparable across very different rivers from 10km streamlets to the mighty rivers that feature in Sporcle quizzes: including Ob, Lena, Parana. Someone has to decide if a navigational lock is more or less inhibitory of free-flow than a mile of levée or a tonne of sediment retention. They have reduced the multivariate multidimensional statistics of free-flow status to a single value the connectivity status index CSI and then applied that to every reach of every river longer than 10km. A reach is stretch of river between two confluences (where a significant lateral inflow occurs). I guess its a feature of the granularity of the analysis to find that short (10-100km) rivers are mostly [97%] free-flowing, while half the long (500-1000km) rivers are constrained [56% free-flow] and very long rivers (>1000km) are mostly not free-flow [only 37% still free]. It takes just one Hoover [L] or Aswan or Three Gorges or Oroville to destroy the free-flow status and the longer the river the more places humanity can tromp in with steel and concrete. Dam removal prev.

Sounds better to me than I expected from prior ignorance. Then again, a lot of the remaining free-flowing rivers debouch into the Arctic and they are only being left alone because nobody lives there. But watch out for the Congo, when they can stop killing each other in rolling civil wars in Central Africa, then the human population will grow and it's only a matter of demographic time before some bright spark proposes a prestige dam for power. What's upstream from the Aswan Dam? Ethiopia is upstream and Ethiopia  wants its own dam. Tomorrow: The Water Wars
Posted by BobTheScientist at 07:03