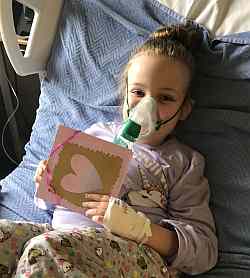 That would be Spinal Muscular Atrophy. Hard to Google [Synthetic Milk Adaptation; Society of African Missions] ghastly to live with. Grace O'Malley [R] isn't ghastly, of course, she's a real sweetie but she (and her parents) are living with this progressive progressive neuromuscular degeneration and the prognosis is not good. She's in the news again because Sarah McInerney one of RTE's solid up-and-coming journalistic stars invited Grace's mother Lorraine to  make a pitch on The Late Debate. Less that 2 weeks before the local and European elections, you couldn't have better timing to gain some political traction. The pitch was that Simon Harris, the minister of health should request-and-require the HSE to authorise payment for an orphan drug called Spinraza which might have some medical benefits for the 2 dozen kids who, like Grace, suffer from SMA. When the quants and economists at the National Centre for Pharmacoeconomics NCPE see the phrase orphan drug they know that they are going to have to work at being the cold-hearted black hats utilitarian adults in the room.

SMA is an inborn error of metabolism, clearly rare because there are 1 million 0-14 y.o children in Ireland with about 65,000 more coming on stream every year but only 25 of them have SMA. The error occurs as a mutation in the SMN [survival motor neuron] gene located on chromosome 5. The SMN protein is one member of a complex of proteins that process mRNAs before export from the nucleus. Several different defective mutations have been logged among sick children who present with progressive loss of muscle tone. Each lesion will give a different prognosis; several are associated with SMA1, the worst condition with such early onset that the poor wean never gets the ooof to sit up. Other changes will result in later onset of the clinical symptoms: SMA2 (Grace's cohort) get to sit but not to stand; while SMA3, the mildest form, learn to stand and have the expectation of getting to vote. Each case is spontaneous - it doesn't run in families because with SMA it's hard enough to breathe and feed yourself, let alone make babies.

The peculiarity of SMN is that most of us have two copies. A 300,000 bp chunk of Chr5, has been duplicated and reinserted backwards further along the chromosome. This duplicated region includes SMN2 which is identical to SMN1 but usually kept on the back-burner. Spinraza / Nusinersen works on this information by encouraging SMN2 to perk up and make full length copies of the protein that can compensate for the duff copies of SMN1. Spinraza is an anti-sense DNA which cannot be administered intravenously, let alone orally, but must be injected directly into the cerebro-spinal fluid. As it has a finite half-life, this life-enhancing fluid must be given 4 times a year. That's less frequently than Factor VIII for haemophilia, but the market price for Spinraza is an eye-watering $125,000 a pop or €500,000/year for starters, trailing off in subsequent years as the number of booster injections is reduced.

The maths is beguilingly symmetrical.
I don't think that symmetry is a coincidence. A modern drug, any drug, will cost MegaPharma €1 billion in R&D, false leads, dead-ends, animal models, Phase I, II, III clinical trials and all the quants to get a positive gloss on the numbers. For context, the Minister of Finance can run an entire country on a budget of about €70 billion a year. Megapharm is not looking at the Irish market which is vanishingly small potatoes. But the EU, the USA and increasingly China - that's where the big bucks are to be made because the market is bigger. Ireland's population is about 1% of the EU, so European sales of Spinraza will be about €150 million - the USA about the same, [China? who knows what the Central Praesidium is prepared to pay the capitalist paper tigers of Western Big Pharma]. Payment is not profit but assuming a 30% mark-up, The Company will just about pay off the R&D as the patent window [about 10 years of exclusive sales] closes. The commoner the disease, the more patients across which the costs may be amortized and so the cheaper the sale price. 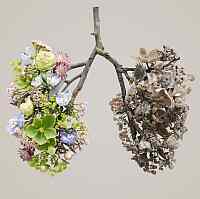 The difference between Haemophilia and SMA treatments are the QALYs - quality adjusted life years - this is where the NCPE earns its salt. It's brutal but not hard to assess the relative value of competing therapies: urinary incontinence among women who have given birth is unsexy and in many cases treatable with a nip-and-tuck surgery down there. A double-lung transplant for a young chap with cystic fibrosis is fantastically complicated and so expensive.  All those women can live a little dribbly [don't laugh, it just makes it worse] but it makes life awkward every day. Surely we can find the compassion, and the general surgeon, to sort it out. For that boy with CF and two new pink lungs [R source] - I met him at mature student interviews a couple of weeks ago! - life itself depends on the intervention. We the tax-payer just cannot do everything for everyone without we embrace a highly productive socialist paradise with to each according to his need. Why not be a utilitarian?
The drug market is regulated at two levels:
12,000 people have signed a petition to persuade Minister Harris to order that €20,000,000 should be diverted from {A&E + trolleys + mortuaries + nurses' pay demandsm + hiring the best consultants} to improve the quality of life of 2 dozen small suffering children. He did exactly this two years ago when he approved Orkambi over and against the advice of the NCPE. But here's the thing, those petitioners can contribute it themselves: €20M/12K = €1,500 each every year until a better, cheaper therapy comes like magic from the genii's lamp a bright idea and some meticulous hard work from science.
"The impulse to serve the collective many over the individual few is hard to assail." is an aposite quote from a NYT longform on hospice care for children. When the amazing and ingenious therapies run out, a place needs to be set aside, preferably without drips and tubes and perpetually beeping monitors, where the poor child can go in peace.