Thelma Louise and The Brother 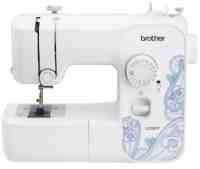 Yesterday I had an awf'y big adventure. We had all my descendants on the farrrm for Easter and that was lovely but they went on their diaspora way on Tuesday. Dau.I was bound for Dublin, so I gave her a lift to the bus. On the way I mentioned that I was planning a trip to Dublin on Thursday with one of my BiNNfo students and could we meet for lunch? She demurred - Thursday she was starting a new job but . . . if I was coming up could I bring her Brother sewing machine [R] and leave it somewhere for her to collect after work?  When I left home yest morning, I loaded the machine in the back of the car, drove to The Institute to pick up student and then on and up the Dublin. BiNNfo has been doing a final year research project on the immunology of bats which has turned out really interesting and successful. I wanted him to show-case his work with a couple of my friends: one an immunologist in TCD and the other Ireland's GoTo person for bats in UCD.

The night before I left, I had a panic attack about parking the car in the centre of Dublin. I had no coins in the house to feed a parking meter, which is an absurdly inconvenient €2.90/hr. Should I throw the car in a car-park at €3.40/hr where at least I could pay by credit card? How far was the nearest car-park? Would it be full? Then a faint tinkling bell of relief rang in my 'mind' to suggest that prk and txt had come together in collision of convenience. And this turned out to be true, the Internet of Things now allows you to send a txt to 53311:
PARK yellow 120 CarReg M
which will take 2 x €2.90 + 0.20c and allow your car to park in the high-demand yellow zone from now until 120 minutes later. M is for Mobile; if you leave off that final M then the parking robot will call back to let you key in a credit card number. When we arrived near to TCD for our first meeting, I found a convenient parking spot 2 minutes walk from the venue. Then I sent the txt and could pretend that no money had been spent, and I certainly hadn't required a fistful of coins. After that meeting, we drove out to UCD and I did the same trick with the phonopark txt: I was feeling like an old hand at this stage. The technology for achieving this convenience has all there awhile: my phone effectively is a virtual coin-purse; the parking officers can scan number-plates; the plate can be looked up on the cloud to see if it is paid up or delinquent. That's clever enough but our second meeting over-ran the time and I was alerted to the fact that only 10 minutes remained on the clock. Rather than an undignified rushing out to a distant car with another fistful of coinage, I resent the txt to obtain a further hour of parking while sitting in the meeting. Decoupling the me from the physical location of the car and the car from the physical location of a pay-meter is amazing but now so entirely normal. And this can all be achieved with my button-phone! When I was a kid this sort of "Beam me cash, Scotty" thing was called science fiction.

I'm a simple old buffer and truth-to-tell, this cloud adventure with parking was the high point of my day. But the day was successful on a more important front in that my star student came away with two (2!) offers for an internship this coming summer. Students at The Institute are required to do a 12 week work-placement to qualify to graduate. Work-placement can be dull dull dull: stacking boxes in the warehouse of a pharmaceutical company or picking spuds at an agricultural research station. But the students suck it up like a cold bath before breakfast: good for you but not exactly fun. If you're that way inclined, doing actual science in a real laboratory for you internship has got to be preferable. 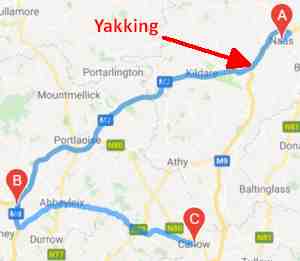 Anyway we were pretty stoked when we came away. On the way up to town we'd had a discussion about the ethics and economics of scientific publishing [prev on predatory publishers]; on the way home we had our own science to talk about. We'd had a number of suggestions from the meetings that need to be discussed and also the relative merits of working on immunology in a bat lab OR on bats in an immunology lab . . . OR to step sideways and take the toolkit acquired during the almost finished project into a different lab and be an asset there. I suggested that we all have different strengths and predilections and it was important to think about this rather than drifting into something just because it was available. By way of illustration, I told him my near death experience story to illustrate that I was a danger to myself and others in a laboratory and it was safer to have me tricking about with computers. Yada yada yada, until I am brought up short by a toll-booth in front of us demanding €1.90 for further progress down the motorway.  I'd been so taken with telling stories against myself that I'd missed the fork in the road [see Yakking on map above R] that separates Carlow traffic from Cork traffic.

So on top of a long but exciting day, I'd caused us to embark on a huge three-county cross-country dog-leg of a road trip. I started musing about how there were other places where I was a danger to myself and others: like being so distracted by story-telling that I didn't know which road I was driving on. Then I remembered the sewing machine! At one stage in Dublin, th' golldarn sewing machine and its owner had been 1 km apart, now they were receding from each other at about 100km/h. Cue Thelma and Louise . . . and The Brother.
Posted by BobTheScientist at 07:35