Take a drill to it

Six months ago, I wrote, sadly in his obituary, about Mario Fares and his determination to know every bell and whistle of PAML a key suite of software for looking at the pattern and process of evolution. It is just possible, after changing every option and parameter separately and in weird combinations, that Mario knew more about how PAML worked that its creator Ziheng Yang. That's fair enough, interpreters of Shakespeare can wring meaning out of Hamlet that Wm Shaxsper never consciously intended. And Barbara McClintock is justly famous among historians of science for her feeling for the organism: really knowing what was happening at an invisible molecular level in her nursery rows of seed corn Zea mays. If you've owned a succession of second hand cars and haven't moved house you certainly know someone with an uncanny feeling for the engine who can diagnose and fix your wheels.

I'm working through the podcasts in The Life Scientific on the BBC, in which Jim Al-Khalili interviews a succession of the great and the good, the credible and creative of science. He does his homework, is really empathic and genuinely interested in how and why scientists do what they do. We're all so narrowly specialised that you can't expect to have heard of every person that Dr Jim digs out of the woodwork but it's a good bet that those who make the cut are amazing worth listening to. You really should follow me down to Oxford to listen to Prof Carol Robinson because she wasn't expected to be more than a home-maker and mother. And ahem! she got to be both of those but that wasn't the limit of her ambitions.

As a girl she passed the 11+ exam which gave ?brighter? more bookish kids the entry into the grammar schools of England but her father sent her instead to a technical high school where the boys did metalwork and carpentry and the girls did cooking and sewing, with typing and shorthand thrown in for the brief period of office work between leaving school and marriage.. He reckoned that would give his daughter the best set of skills for the life he imagined for her. She reckoned it was dull dull dull and left at 16 just as soon as she legally could. Casting about for a job in Folkstone, she applied for a technician job as gas liquid chromatographer at Pfizer because there was a bus between Folkstone and Sandwich where the factory was.  She transferred herself to a much more challenging, because idiosyncratic and temperamental, bit of kit called a mass spectrometer. Not everyone could make this beast do their bidding but the young technician paid attention, tried things out, kept notes so she did not go down the same dead-end again . . . and got results; reliable reproducible results. 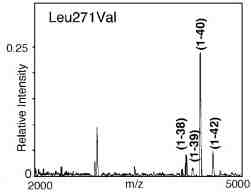 So when the most recent graduate chemist started work she taught him how to make the instrument work but he was getting the big bucks and the opportunity for promotion. That was galling so she took herself off to college on the other side of the county in the evenings after a full day's work. Getting even rather than getting angry was much harder work but ultimately more rewarding. Not directly in financial terms because she got the study-and-quals bug: MSc Swansea, PhD Cambridge [in two years from a standing start], PostDoc Bristol, and back to a mass spec unit in Oxford. She was accepted onto her PhD programme at Cambridge because she had out of the ordinary practical experience with mass spec. The other candidates had better degrees from better colleges but the Cambridge team preferred actual skill rather than potential skill. She could read the traces [R above; and no I haven't a clue what they mean] which the interviewer threw at her. What they got was a problem-solver with lot of terrier: she would - not - give - up on an experiment. Sleep, food, reading, could take a back seat until she'd cleared the log-jam and was cracking on getting results; reliable reproducible results.

Mass Spec was designed to render a characteristic signature for small molecules, and was presumably used recently to identify Новичо́к the nerve agent that took out Sergej Skripal by being smeared on his front door-handle.

She didn't push the frontiers for which a mass spectrometer was designed. No, she took the instrument off into uncharted territory and changed the whole perception of what could be done with the technique. And she was brave enough to take a drill to a newly delivered £150,000 instrument to open new avenues of capability. Sure, it voided the warranty, but her deep knowledge of how it worked gave her the confidence to modify it to suit her own requirements. It might have all gone horribly wrong; but it didn't because some people make their own luck and Carol Robinson would rather light a candle than curse the darkness.

At some stage she took an eight year career break to raise 3 small children and she was full on with that. I wonder if she ever had occasion to be grateful for being taught at Tech School how to starch a damask table-cloth and put a neat gusset in a school uniform so it could do for another year. She returned to work when the kids had all started school, but made a point of being home in the afternoon to put marmite on the toast even if that meant starting her working day at 7am.

When she returned to work she was out of touch because keeping up with the cutting edge is a full-time job and the zeitgeist was proteomics: making an inventory of the proteins and their interactions in living cells. Robinson wasn't going to try to get elbow room that crowded, funded, competitive field. Instead she turned her beloved mass spec from a slightly old-fashioned rather dull tool for divining the weight of small chemicals into a gateway for characterising the size and shape and composition of massive protein complexes. It wasn't what such instruments were designed for so she modified hers to make it step through a portal onto a different prairie of information about which her team could gallop, whoopin' and a-hollerin' towards a distant horizon. Like Jocelyn Bell Burnell she thrives on those few moments in a scientific career when she knows >!frisson!< something >!goosebumps!< about the natural world that nobody else knows . . . until she publishes another highly cited paper.