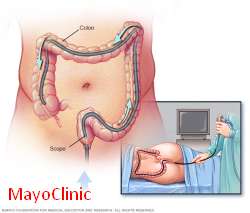 I was driving to work later than usual and caught a bit of an innerview with Anthony O'Connor, consultant gastroenterologist at Tallaght University Hospital [innerview is thus not a typo]. All the hospitals in Ireland seem to have been rebranded at Balliferriter [InsertUnlikelyNameHere] University Hospital even ArdKeen, built in 1952 as a tuberculois sanitorium is now Waterford University Hospital despite being 150km from the nearest university. It's like the cheap-shot rebranding of Institutes of Technology ITs as Technological Universities TUs as if that, in itself, will create a vibrant hub of academic and applied research. Dr O'Connor is The Man if you have a bit of rectal bleeding; unexplained bloatiness; constipation . . . diarrhoea . . . alternating diarrhoea and constipation; all of which might indicate bowel cancer. You should go to him if you can't Go, if you get my drift, because early detection will significantly improve your survival chances; and the disease is possibly far-advanced if you have those symptoms AND you turn out to have a carcinoma. You can of course have any or all of those symptoms from another, less fatal, cause. Diverticulosis for example: according to Dr O'Connor 100% of Irish people will have diverticulosis: the formation of little blind pockets in the lining of the bowel. It's the diet (rashers, chips, red meat, insufficient porridge and kale) stupid. Diverticulitis is different, that's when inflammation starts kicking off which entails tissue damage and possibly bleedin' bowel. As with lumps in your prostate, you are far more likely to die with diverticulosis rather than from diverticulosis. 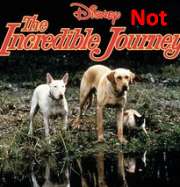 That's why you go to get checked over: allay the anxieties. The old option is to have a colonoscopy, where Dr. O'Connor or one of his students or interns pushes a drain-rod up your 'back-passage' with a GoPro attached to the end. It's not a real drain-rod, silly, that would be a) insufficiently sterile and b) insufficiently bendy. You'll see from the diagram [above R] that the endoscope driver has to make two right angled turns to reach the ascending colon to have a look-see. Pancreatic cancer is a different parsnip altogether, by the time you are symptomatic you are probably done for. Pat the Salt had a potential pancreatic issue sorted by esophagogastroduodenoscopy an invasion from the other end of the digestive tract. It really is a Incredible Journey [R] up the oompah, round the corner and diagnose a crop of polyps, and probably lasso them off with a little wire loop. Did someone mention polyps? Many of us older people will have those too; and they are indicative of colon cancer but the time scale for the transition from polyp to bloody tumour is from 10 to 40 years, so again you're much more likely to die with than from. 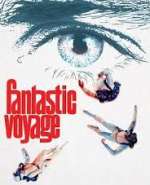 Mais revenons nous à nos rectums!  Actually Walt Disney's heartwarming 1963 story about transcontinental pets is much less appropriate here than Richard Fleischer's 1966 film Fantastic Voyage. In that story, the writers throw physiological sense out of window to imagine a submarine and its crew being miniaturised  and inserted into a chap's bloodstream to zap a clot on his brain. Biophysical constraints dictate that some things have to be the same size. All mammalian red blood cells, for example, are 8μm across. We have more items in that department than mice, not bigger cells. All the boys in the cinema in 1966 were delighted that Rachel Welch's bosom was not shrunk by a single jot of tittle. The problem is that the esophagogastroduodenoscope can reach down as far as it can and the colonoscope can reach up as far as it can but that leaves a whole inaccessible bowel section in the middle. It's like the joke about the nun bathing without removing her habit: "I wash down as far as possible and then I wash up as far as possible; and then I wash possible". Someone had the bright idea of untethering the camera and pilloscopy aka capsule endoscopy was born. This is a small 25mm x 10mm capsule containing a camera, battery and a light (it's dark in there). First you flush out the bowel contents with Vibrio cholerae [kidding!] a laxative. Then you fast for 12 hours. The you choke down your camera and attach a wireless pick-up to your belt. Sometime later you can recover the capsule. Nobody says if they are give a rinse and reuse it. The data - several thousand photographs - are captured later and transferred to a bigger computer for analysis. Don't imagine for a second that Dr O'Connor is going to scan through thousands of of pink pictures. The technique depends upon machine learning and nifty software for discriminating normal variability from abnormal intervention fodder. Nobody imagined in 1966 that Fantastic Voyage was anything other than Fantasy.


Posted by BobTheScientist at 07:30