Being true to yourself

Cruisin' the vids at youtube and vimeo and >!blam!< I came across Pharrell Williams [bloboprev] at a masterclass at NYU's  Clive Davis Institute of Recorded Music and being captured by young Maggie Rogers.  Rogers grew up on the Maryland East Shore but found her true self and her authentic voice in a trudge that blossomed into a pilgrimage in Alaska. She wrote a song about it - Alaska - and recently made a documentary Back in My Body to fill in some of the back-story. A year later they have a post-mortem and Pharrell Williams decides the music really is that good. Rogers is a synaesthete who sings colours; that's interesting but irrelevant: she has invented herself and makes magic for the rest of us. She is not yet 24. 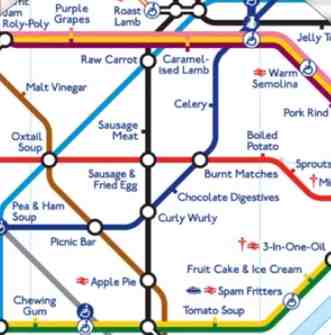 Did someone mention synaesthesia? This is some cross-wiring in the brain where you see numbers in colours; or where numbers occupy particular locations in your mind's eye. Here's one example. Another example of taste/location synaesthesia shown [R source]. About 1% of us [not me] have this condition. The proportion is said to be much higher in 'creative' people, maybe as much as 10%. In many cases it is a true cross-wiring, or possibly a leakage of stimulatory neurotransmitters from one class of neurons to another. For example, the fusiform gyrus, the lobe of the brain that stores and processes colour is just across the sulcus from the inferior temporal gyrus, the part that handles numbers. It freaks synaesthetes out a bit when their perceptions experience cognitive dissonance: if five is always blue and six is magenta, six blue deck-chairs don't look quite right.
But the rest of us are also phased by such internal inconsistencies. The time taken to read
blue magenta yellow orange green
or
blue magenta yellow orange green
is less than reading
blue magenta yellow orange green
Internal consistency between different sensory modalities is exposed by the kiki/bouba effect.
We're always trying to make sense of the booming buzzing confusion that come roaring at us through the organs of perception.

Here's Patti Smith blowing it on the Hard Rain and afterwards explaining how to be true to yourself. And how we should not hide our moments of vulnerability. You'll know her Because the Night.
Posted by BobTheScientist at 07:35