Out the mouths of babes and sucklings . . . I heard two obscure words, only one of which I was 'familiar' with, uttered by youngsters in school uniforms. That's an antidote to my general experience that I have to haul my very expensive education wind and mind what I say, in the long-word department, with our students. I spend yesterday  forenoon at The Institute judging entries for this year's SciFest. This is a venture where teenagers present a scientific research project to be in with the chance of a prize. Actually there are so many prizes (first, second, chemistry, space, mathematics, environmental, under-14 . . . I could go on) that there's almost one for everyone in the audience. My Bloborecords indicate that I've been doing this every year since 2013.  And so the words: 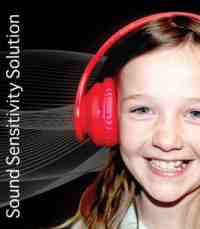 Hyperacusis: super-sensitivity to certain everyday sounds. Please note that "hyperacusis and misophonia are completely different conditions" Thee first is noise-induced pain [sensation] and the second is noise-induced rage [reaction]. Getting my head around this is going to be harder work that I can spare right now. I know I did permanent damage to my ears during an absurdly over-amped Paul Brady concert in Newcastle upon Tyne 30 years ago but that is all my ear-'ole problems. I don't hear voices; I don't freak out when I hear people chewing their food; I don't get unduly stressed when someone drops a tray of cutlery behind me. A couple of kids at SciFest 2018 have been working on a solution to a problem which one of them feels acutely. One of them is on the autistic spectrum and suffers hyperacusis. In their blurb they cited the work and ideas of Temple "Think like a cow" Grandin: she has emphasised how she and other autistic people are sound-sensitive. What the kids have done is develop a set of wireless headphones [shown R] that can play appropriate music to white-out distressing sounds. What impressed all the judges was how far the girls had developed their product. Indeed they've secured their first tranche of VC from a local businessman which has helped fund the development of a swish functional website where you can buy their kit, which comes in any colour so long as it's red, packed in a zipped carry case. At The Institute we host Teen Science Days and Teen Enterprise [multiprev] Days, it is rare that I meet acts that could win prizes in both categories.

Coprolalia: that's shit-talking . . . no not metaphorical shit-talking but literal potty-mouth. Coprolalia comes from the same root (Gk κόπρος) as coprolite (fossil turd) which we met in Mary Anning's Dorset + λαλιά = speech. This peculiar word tripped off the tongue of a slight young man who was investigating ways to stave off the worst tics of Tourette's syndrome. Like JBS Haldane, who famously worked himself up into a state of carbon dioxide toxaemia in the cause of science, the young chap had been trying each day a different gadget and counting the number of times he ticced between breakfast and tea-time. Physical exercise - running particularly - seems to be the most reliable remedy. I've mentioned Tourette's syndrome before because the eponym Georges Gilles "fuckit-fuckit-fuckit" de la Tourette was student of Charcot in Pitié-Salpêtrière Hospital in Paris. Young Chap politely corrected this cliché symptom of the syndrome, saying that only 10% of Touretters dumped the dirty part of their mind when manifesting a phonic tic. As science, the project was weak, because there was only one case (Young Chap) and no controls but I was delighted when we agreed to give him the Communication Prize because he had been so articulate the multiple times he had to explain his project to judges and other interested parties.

Two words, three youngsters, a couple of ideas, some data. I really cannot think of a more fortunate way to spend a morning than talking science with people who are the future of Ireland as a technological nation FITNa. When SciFest ante-d up some bevvies and the fancier sort of biscuits that our caterers have available as well as free sandwiches for lunch it was as if my tea-cup runneth over. It also gave me pause to reflect on the good fortune of being happy in my own skin and not too much beset by troubles in my head.
Posted by BobTheScientist at 07:30