Some Ash more equal than others 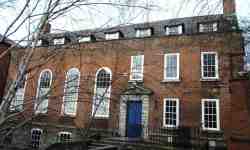 In Ireland we really live in a village. You're only 2 degrees of separation from anyone who matters in the country. If you want to sort a work-placement for your teenager or bend the ear of the Minister of Fixation, your cousin is sure to the Minister's gardener. And people are so accessible; as I found when I called the office of the shadow Minister of Education 20 years ago . . . and he answered the phone himself.  A few years earlier, when we had just acquired 7 mountainside hectares on which to hug trees, I invited myself to a meeting about Ireland's re-afforestation policy. It was held in Tailor's Hall, Dublin 2, the head office of An Taisce - the National Trust for Ireland. Tailor's Hall was built in 1706 and was saved from complete dereliction in the 1960s and 1980s. It is now just gorgeous; part of the reason I signed up for the policy meeting was to get inside to hang out.

At some point in the meeting, one of the speakers explained how EU transparency rules dictated that any substantive order for trees had to be advertised for tender across the whole of Europe. That sounds good, you really don't want all the contracts for fixing the toilets in the Dáil being funnelled to a cousin of the Minister of the Interior who claims to be a plumber. The tax-payer probably isn't going to get best value if you allow that sort of toilet insider-trading. Accordingly, if the National Roads Authority and the relevant County Council want to plant the verges of a new stretch of motorway with a shelter-belt of trees they have to a) estimate how many trees per kilometer b) submit form EU-98503806-tender-tree.pdf to a central clearing house in Brussels. And, the RTA and CoCo is obliged to accept the lowest bid.

There was cry of distress from a man in the audience, who turned out later to be Sandro Cafolla, the founder of Nature By Design who sells packets of seeds to help establish wildflower meadows. Cafolla proceeded to eviscerate the EU policy as dangerous nonsense because an order "Please supply N = 100,000; 3 year old; 80-100cm; Ash Fraxinus excelsior; whips" is not the same as
please supply 100,000 pots of pink yoghurt, let alone
please supply 100,000 M3 x 1000mm Threaded Bars (DIN 975).
Because not all ash is the same. An ecotype grown in the North of Italy may thrive there and because of the sunshine and peculiarities of soil be available at rock-bottom prices: far undercutting a tree nursery down the road from the motorway in need of trees. Transplant sun-loving, Italian cultivars to a salt-washed, windswept, acidic bog cutting near Limerick, however, and you'll be at nothing; because the delicate southern petals will waste away and be all dead from the mildew within 18 months. 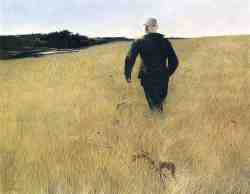 A few months later, I was down at the John Seymour School for Self-Sufficiency ?JSSSS? and told this story to Will Sutherland who then did most of the teaching on the Self-Suff courses. Will was quite dismissive of Sandro Cafolla's meadow-in-an-envelope scheme. There's far more to a meadow than the plants, let alone the seeds: the bacteria, the fungi, the nematodes and the insects all need to be squared away to pause natural succession in a state of 'meadow' rather than continuing on and up to forest. Will maintained that creating a meadow requires work; not an enormous amount of work, but more than broadcasting a mixed bag of seeds over a field. For Will it was all in the scything and, crucially, in the timing of the scything. There was a small window of opportunity after the key meadow-flowers had set seed, when shortening the competing grasses could give the forbs and herbs a leg up. A few years of that intervention et voilá -meadow!