Ring in the Ringer's

I'm getting a bit boring Messianic about the Human Physiology course I teach at The Instititute. My only qualification for teaching this when I started in my current job in 2013 was that "I have a body" . . . and a [proprietal] interest in knowing how it ticks. The bottom line is that it's all about the homeostasis innit? As the days flick off the calendar towards my retirement, I am packing the lectures with more anecdotes about how aging is largely about the disruption, failure and pervasive wonkiness of the homeostatic mechanisms that maintain everything in balance. Everything? Core body temperature; blood pressure; glucose balance; oxygen availability; CO2 level, which weirdly controls blood acidity, which affect enzyme activity;  and hormone balance: daily, monthly, annually; blood clotting equilibrium; salt balance . . . that's almost everything.

In the HumPhys course, I spend an inordinate amount of time on blood pressure, at least partly because my students are all pharmacy technicians and a chunk of their work day involves passing BP meds across the counter. I think we've all got the message now that snowing your chips with salt is bad for hypertension. Why? Because the salt gets into the circulatory system; as the concentration increases, water is retained by the kidneys to try to dilute the stuff; more fluid surging around in a finite volume of blood vessels drives up the pressure. It's more complicated than that. Nevertheless, physicians look at old white chaps like me and tell us to lay off the salt. NaCl is so ubiquitous in our diet that we're only recently teasing out the separate effects of the Na and the Cl. 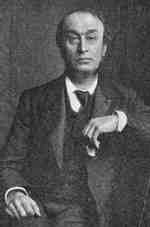 It was a huge and disconcerting revelation to be told that almost all the IV rehydration bags which you see in hospital dramas [and cholera wards in the Third World] are 'normal saline' or 0.9% NaCl. I really had no idea because I always ask our technical staff to make up Ringer's solution when the students are doing physiological experiments about osmosis and water balance. Ringer's solution is a precise mix of sodium Na, potassium K and calcium Ca ions dissolved in water at concentrations determined by Sydney Ringer [R looking patrician, biog] in the 1880s to be optimum for keeping a vertebrate heart beating. You should know that a jolt of potassium chloride is the final fatal step in the process of 'humane' judicial killing in the USA, so you want to go easy on the potassium. Normal homeostatic function is all about the correct balance: like Goldilocks's porridge everything has to be just right. Normal nervous transmission and normal muscle contraction both depend on the relative concentration of Na, K, & Ca inside and outside the cells. It might be a little thoughtless to be topping up the tank of sick people with a lot of Na and Cl and not the other ingredients of normal blood. After Dr Ringer passed away, in the 1930s Ringer's solution was gussied up with a bit of lactic acid:
compare this to Normal Saline at 9g/lt or in moles:
You can see that saline is much heavier on the sodium Na and especially on the Chloride Cl compared to Ringer's. That surplus Cl has to scavenged by the kidneys and peed out and that takes vital energy from a sick person fighting an infection or suffering from blood loss after a drive-by.  So much for the theory: after about 130 years of 'medicine' using normal saline, the NPR report cited above documents the first controlled study of whether saline is safe and efficacious. That study Balanced Crystalloids versus Saline in Critically Ill Adults by a team led by Dr Todd Rice at Vanderbilt University Medical Center, Nashville, TN. is behind a paywall at NEJM. Those balanced crystalloids are either Ringer's Lactate or some proprietal stuff called Plasma-lyte which costs 10x as much. The Boys from Vanderbilt had 15,000 patients in their ICU in need of drips and gave half of them saline and half balanced crystalloids and counted the adverse outcomes. It's Boys advisedly because the authors split 16 blokes v 3 women. The tallied outcomes were death, dialysis or crumped kidneys DDK. Those are big numbers: 15% of those on saline clocked up a DDK; while only 14% of those on Ringer lactate did so. 1% difference looks little enough, but on such a large sample it suggests that 75 dead or damaged people given saline would still be alive if they'd gotten Ringer's.

One of the handiest ways to compare the efficacy of healthcare outcomes is NNT (Number needed to treat). To how many people do you have to apply a therapy to secure a single positive outcome? Here above they applied saline to 7500 patients and killed 75 of them; or they would have been saced given Ringer's ie NNT = 100. Compare that to NNT of 125 when using statins to prevent a fatal stroke. Or requiring 1600 healthy people to take aspirin for a year to prevent 1 heart attack. These NNT calculations are entirely independent of the co$$$t of the interventions. Saline vs Ringer's is cost neutral. Aspirin is really cheap. Statins otoh are a $19billion/year industry.

Source: MeFi where there is interesting
commentary from drippers and drippees.
Posted by BobTheScientist at 07:35