Women against the scourge

Where were you when JFK was shot? People of my age will know the answer to that [8 y.o. me: in my pyjamas but maybe not asleep in Titchfield, England]. Younger people will have a similar awareness about 9/11. Irish people of my grandfather's generation will have been somewhere during Easter Week 1916. The urban legend is that more people claimed a pension for having been in the GPO with Connolly and Pearse than could have physically fit. Schoolboy Nevil Shute became a stretcher-bearer - not in the GPO, though - because his father was a government official. Dorothy Stopford, a twenty-something member of the Protestant Ascendancy, happened to be visiting with Sir Matthew Nathan, the Under-Secretary for Ireland or most senior civil servant in town that week. She kept a, now digitized and searchable, diary of the events from that perspective. 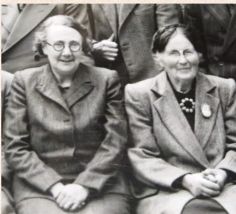 Although Easter Week and the cross-patch response of the British administration [they were after all getting their ducks in a row for the disastrous Battle of the Somme] were defining events in the political development of Ireland, they were just an interesting but passing blip in the life Dorothy Stopford [L,L with Kathleen Lynn L,R another Irish medical pioneer]. She had just started a medical degree in TCD and qualified as a doctor in 1921. In parallel to her journey through anatomy classes, ward rounds and delivery suites, young Dorothy was radicalised into joining Cumann na mBan through indignation at a) the British reaction to Easter Week '16 and b) the systemic impoverishment and othering of the plain people of Ireland. Infant mortality across the Free State was running at 7% and that's the average. The rate would have been appallingly worse among the dispossessed crowded into cottages and tenements.

In the late 1920s, when Dr Price [she married Liam Price a lawyer in 1925] started working in St Ultan's [Protestant] pediatric hospital, infectious diarroeia, pneumonia and TB were the three primary killers-of-children in Ireland. It really was the Third World without the malaria and Burkitt's lymphoma. From 1938-1949 there were 43,000 deaths [adults included] from TB in the Free State. It's like the worst of Covid-19 going on and on for 10 years. In the 1930s Dr Price started to obsess about tuberculosis: directing a lot of the limited resources of the hospital to that one disease. Again, it is easy to see parallels with Coronarama where we have not yet counted the deaths and disablements caused by other illnesses and accidents getting untreated during the pandemic.

In the late 1930s, Price was instrumental in bringing tuberculin skin-test diagnosis and BCG vaccination to Ireland and rolling these preventive measures out across the country. It was quite political because BCG Bacille Calmette-Guérin was French and, according to the British medical establishment [and subsequent sober objective analysis didn't work very well. The latter criticism was at least partly because the French statistics on vaccination and its efficacy were all over the shop.  In 1937, Price administered the first BCG jab in these islands, but it was one of only 6 such treatments in St Ultan's before WWII shut off supplies of this heat-labile resource.

After the war, lots had changed, antibiotics became available in a wide variety of forms, there was better nutrition and better housing and TB isolation wards and whole hospitals were built across the country on the imprimatur of the radical Minister of Health Noel Browne. So there was more to winning the war on TB than BCG. Browne and the Chief Medical Officer James Deeny both wrote themselves up as the centre of credit. Nevertheless St Ultan's is a beacon in the history of equality in Ireland because it was staffed, run and administered entirely by women. One contemporary called it The Women's Medical Republic. It was thus an antidote to the patriarchy. In the 1980s St Ultan's was closed with its assets transferred to the nearby National Children's Hospital in Harcourt Street. There is a now a 180 bed hotel on the site. 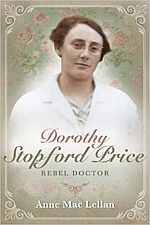 Last night at the Wexford Science Café, we were edutained by Anne MacLellan, the Wexford author who has written The Book on Dorothy Stopford-Price; rebel doctor which is available from the publisher or cheaper post-free from Kennys. If you missed the Café you can get the gist from a talk given by MacLellan in 2019 for a symposium hosted by the RCPI Royal College of Physicians of Ireland. Or a 1200 word, 6 minute, executive summary essay. MacLellan's assessment is measured: Deeny and Browne deserve less credit for beating TB and Dorothy Stopford-Price, not the easiest person to like, deserves rather more; hence the biography. Chapeau! for author and her subject both.